Will you post results and standings of the Korean Championship? Would be great.
Brazilian Rugby News: www.portaldorugby.com.br
Top

victorsra wrote:Yes, Philippines, Sri Lanka, UAE and Singapore. I suppose it is only incomplete the page.

And what they do during the rest of the year?
Top

Number of playing nations in ARC, from https://en.wikipedia.org/wiki/Asia_Rugby_Championship

victorsra wrote:Yes, Philippines, Sri Lanka, UAE and Singapore. I suppose it is only incomplete the page.

And what they do during the rest of the year?

Oh ok, so there are multiple short 15-a-side competitions in Korea? How many matches in average a team like Hyundai play in one year?
Brazilian Rugby News: www.portaldorugby.com.br
Top

victorsra wrote:Oh ok, so there are multiple short 15-a-side competitions in Korea? How many matches in average a team like Hyundai play in one year?

Today is the day. A glorious day.

Malaysia Rugby officially unveils the new National Rugby Stadium design, which will be built in Precinct 14, Putrajaya on a 6.47 hectare piece of land. The stadium will feature
2 fields for tournament and training with first-class facilities. Huge thanks to the Minister of Youth and Sports, KBS, National Sports Council and Putrajaya Holdings who have spared no effort in making this dream a reality.
.
This is our future. This is our new home. A home that unites the whole country for the love rugby. Lets hope and pray everything will run smoothly without any major problems.
.
Are you excited? 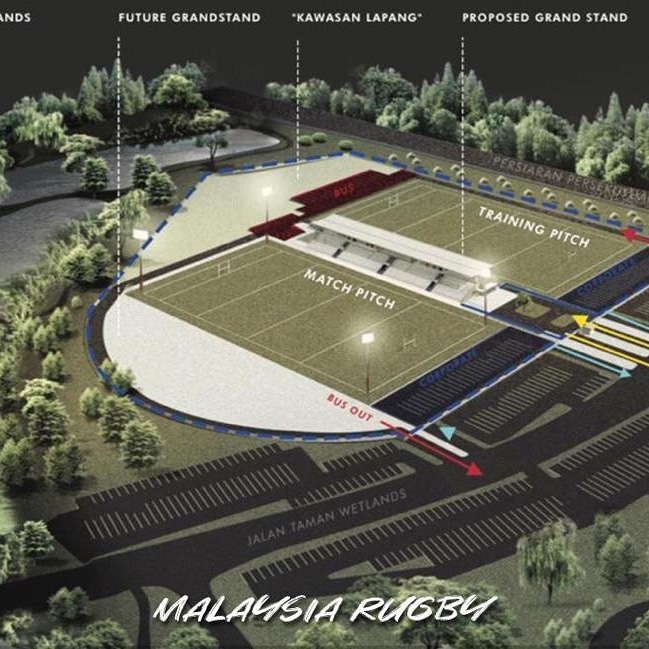 Nice story about a Syrian refugee making it in the Welsh age-grades:

A 14-year-old Syrian refugee who had never heard of rugby is now the star player on his team in a small Welsh mining town.

14-year-old Ayman Faki is a rising rugby star for his school and club.
A family of five, they lived in a tent in refugee camp in Turkey before finding a home in Ystradgynlais in South Wales through the Syrian Refugee Resettlement program.

Before his first sports lesson at his new school, the teenager had never heard of rugby before - now Ayman plays winger for both his club and school teams.

When presented with a rugby ball for the first time Ayman asked his teacher, "what's that?"

A pupil at Ysgol Maesydderwen, Ayman started out with his school team before joining Ystradgynlais RFC last summer.

Since then his rugby playing skills have gone from strength to strength.

The 14-year-old said: "Literally when I came here, Mr Thomas gave me a rugby ball and I was like 'what's that?'"

Before arriving in Wales, Ayman and his brother had only ever played football.

His teacher, Huw Thomas, said both the boys were "mad football fans" but soon embraced the country's national sport.

Rugby coach and pupil support officer Mr Thomas says young Ayman has "the heart of a lion" and got "stuck in" to the sport straight away.

"There's a brotherhood and there's a belonging which I think is important for anybody."

Asia Championship Div.2. Due to start on 26 Feb.

Nothing on Asia Rugby website. On calendar it states this tournament TBA
Nothing on Thai, Pakistani nor China web site from my search.
http://www.rugbyinternational.net - http://rugby-international.blogspot.com.au/ - Getting the Records Straight
Top

Update on the Asia Rugby Championships

Championship Playoff (I think? match on calendar has no title)
??.11.2020 Asian Championship Top 3 Winner vs Japan A

All the Asia Rugby competitions until june 30 have been postponed to still undefined dates, due to the Covid19 outbreak
Top

A report on the Asia Rugby web-site today states that "71% of all global Get into Rugby numbers reported up to 29 February 2020 came from Asia Rugby unions." The program involved a total of 143,000 participants across the continent, 41% girls. Ten of the world's top 15 performers were Asian, in fact, including two nations yet to make their test debuts:

Asia Rugby member union continued to lead in participation numbers recorded through the Get Into Rugby Programme. Asia Rugby unions contributed 71% of the global GIR numbers.

The Asia Rugby family takes pride in the fact that 41% of the 143,000 participants are girls.

The statistics also show that the performance was a team effort with ten Asia Rugby unions among the top 15 global performers:

Asia Rugby cancelled all the competitions fixed in the period february-june
https://www.asiarugby.com/2020/04/06/mi ... l-meeting/

So no Asia Championship this year, I suppose.
In the official calendar (https://www.asiarugby.com/calendar-2020/) there are still the Division 2 fixtures, marked as TBC, but it's likely that they will be cancelled too.
A doubt regards the women's tournament: it's also a qualifier to the World Cup and to the World Cup Qualifying Repechage, so I think they can't wait next year to play it
Top

(Dubai - Al Awadi Tiger)
Date: May 18, 2020
The Egyptian Rugby Federation asked to host the sixth edition of the Arab Championship, scheduled for next October, and Hossam Saheb, the president of the Federation, said: Egypt's success in hosting the fourth edition encourages the Federation to request to host the new version, which we seek to establish in Alexandria. The Arab Federation for the game, headed by Qais Al-Dhalaei, is studying the general health situation with the relevant authorities, before deciding whether to establish the championship.

Considering that it covers the belt with less rugby in the World (North Africa, African Horn, Middle East, as in the map below) and that it is a sort of bridge between Rugby Africa and Asia Rugby, Arab Rugby seems a potentially precious federation 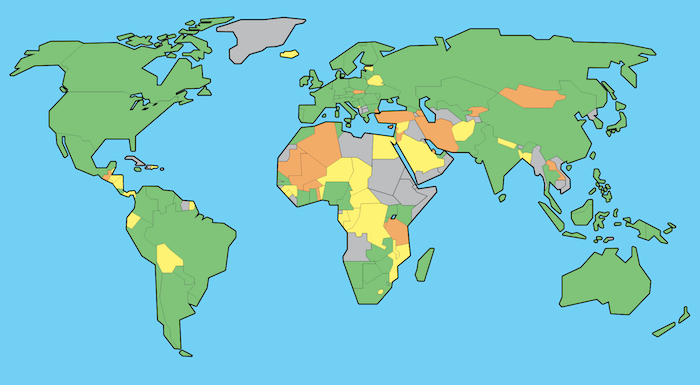