Fascinating about the age of the ref! Some of us were aware of this game at the time and searched desperately for a live-stream, but nothing doing (even though a number of lower divisional games have been streamed live on Asia Rugby's fb page this year), and even getting score updates in real time proved an impossible task. The game was played in Jakarta and probably had more to do with the ineptitude of the tiny rugby community in that nation than Rugby Asia itself. I read that there are less than a thousand registered players in Indonesia. https://www.theroar.com.au/2019/06/27/c ... y-nations/
https://www.theroar.com.au/author/istanbul-wingman
Top

By the way, the fact that the official highlights of a match potentially involving 2.8 billions of supporters have been seen 51 times tells a lot about the long way that rugby have to go over there

I'm sorry but i dont see what's great about it.. I have nothing personal against the lad.. But Asian Rugby couldn't find a seasoned Asian referee to officiate this match between the two most populated nations in the world ? There are hundreds of referee's in Asia who have way more experience an would have been involved in the game for years without any recognition and a teenager gets a plumb job perhaps he just might have the preferred skin tone and obviously is from Hong Kong.. Never ever expect Asian Rugby to go places as long as left over Brits in Hong Kong runs their apartheid administration of the game in the region
Top

gibbs wrote:Never ever expect Asian Rugby to go places as long as left over Brits in Hong Kong runs their apartheid administration of the game in the region

Sorry, but that's entirely the fault of all the other nations around. The Brits can't play their usual games, when somebody else does the ground work. And in Asia, the biggest nation is Japan. But when a quite big nation by playing numbers like Sri Lanka doesn't compete in all competitions every year, the Brits are probably only making sure that there actually is a competition.

Apart from that we all need to be honest here. Most countries wouldn't have rugby without a) their expats b) their often British themed international schools.

So if a nation with a lot of potential like Sri Lanka, who made the next step and created a domestic scene after step a) and b) doesn't make it to continent's administrational level, with only one close-to-expat-only-Union doing most of the hard work, nobody else is to blame but them.
How to grow rugby worldwide?
Look at the world ranking in July. Teams ranked 1-10 have to play one team from 11-20 (they don't play in a regular competition) away the next year. 11-20 play 21-30 away and so on. Yes, it really is that simple.
Top

Asia 7s Trophy in Jakarta, this weekend. Men and women. Afghanistan, Bangladesh, Brunei, Mongolia among the minor teams. The image doesn't specify which nations will compete in both the events and which just in men's or women's.
To note the absence of the arab nations: Syria, Iraq, Lebanon, Iran, Palestine, Jordan... maybe they consider more important and more cheap) the Arab 7s.
To note also that Jakarta already hosted the Asian Games last year and the Asia Championship III level this year; kudos to them 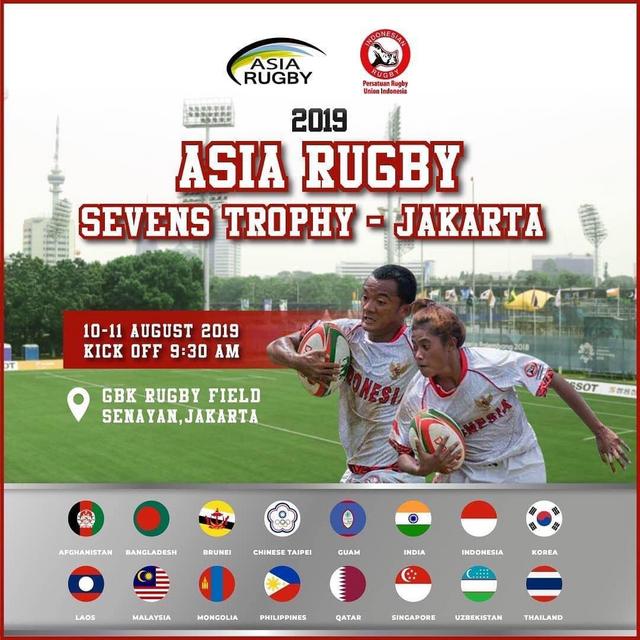 I was searching news about Tajikistan rugby (ok, I know, I should find some hobby) and I found this creeping article, released just today, about a 2012 murder of a Sri Lanka rugby player, according to the suspects by hand of the powerful family of a former national team captain.
I remember the Rajapakse family but I don't remember to have ever read something about this incident/killing

Takijistan is said to have had rugby but I never found anything concrete. Maybe all info is in cyrillic.
Brazilian Rugby News: www.portaldorugby.com.br
Top

Article in issue 7 of "Rugby Journal", a quarterly British magazine, says that Hong Kong RFU employs 108 people full-time and that HALF the primary schools in the area play rugby (270).

In a nation of 7m people I find that difficult to believe given the make up of every team from Hong Kong I've ever seen but maybe I'm just too cynical.

Kyrgyzstan presented the national team shirt for the 2019/20 season. It's jeopardy red for the home games, jeopardy yellow for the away fixtures.
So this means that they plan to play in the new season, and if I'm not wrong they usually play XV, not 7s.
Their last test match was in spring '18: in Asia Championship III Central they lost 0-82 with Pakistan and then renounced to the third place final vs Mongolia, maybe because of too many injuries in the first game (or because they felt inadequate to that level in that moment) 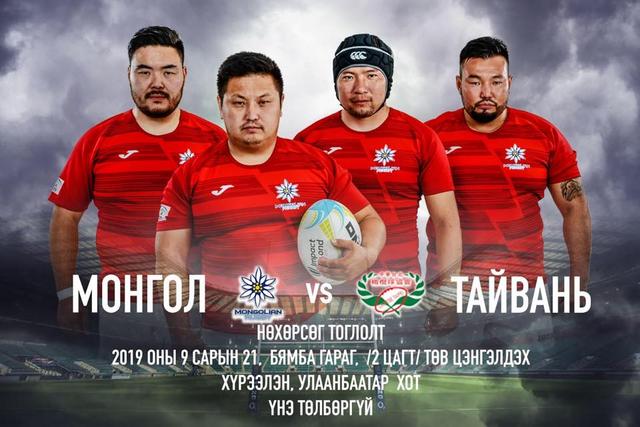 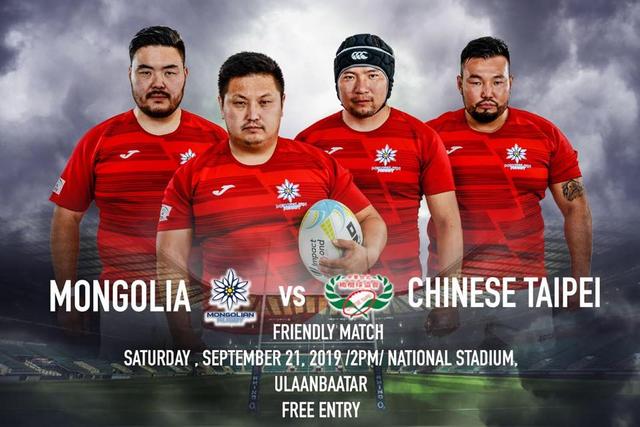 sk 88 wrote:Article in issue 7 of "Rugby Journal", a quarterly British magazine, says that Hong Kong RFU employs 108 people full-time and that HALF the primary schools in the area play rugby (270).

In a nation of 7m people I find that difficult to believe given the make up of every team from Hong Kong I've ever seen but maybe I'm just too cynical.

I've been to HK7s and they had a march past of junior teams in the stadium and the make up of the vast majority of teams was ethnically Chinese.
Top

Interesting that in the Cyrllic it says "Taiwan" v Chinese-Taipei in the English. The PRC is very hot on not allowing other countries to use the word Taiwan these days. Lately several airlines including my own who fly to both Taiwan and the mainland and were advertising flights to Taiwan got told in no uncertain terms we'd have our landing rights pulled for our mainland route(s) if we continued to use the word Taiwan on our websites.
Top

In the incoming weekend there's the second leg of the Asian 7s Series, men and women.
It's in Huizhou, China. I didn't know that city so I checked on google: they've 5 millions inhabitants, twice Rome. We've already said this in the past, it's unbelievable how many enormous cities China has. You can't know them all. The whole Guangdong province, the one with Guangzhou, Huizhou, Hong Kong, Macao, has 113 millions inhabitants, the double of Italy.
Top

Launched in 2015, the ChildFund Pass It Back programme is aimed at teaching youngsters life skills, with lessons on health or planning for the future interspersed with rugby training sessions. The players aged 11 to 16 meet regularly on weekends to play touch rugby, which has none of the full-contact version's heavy tackling. There are more than 6,100 players and coaches in the programme today, more than half of them female, in Vietnam, Laos, East Timor and the Philippines. Some players will go to Japan in March with ChildFund – travelling by plane for the first time – for rugby training and life-skills sessions.

Vietnam is the third most populous nation in the world never to have a played a test match, ranking behind Bangladesh and Ethiopia. The 15th most populous country in the world with just under 100 million inhabitants, it is also the largest nation never to have played international sevens. Vietnam and Timor L’Este both have domestic rugby but no national teams.There are clubs in Saigon and Hanoi, both of which compete in the annual Indochina Cup with sides from Laos and Cambodia. Rugby was certainly played by the French in the pre-WWII colonial era but failed to take root with the local community. Even today the club scene is dominated by expats. Indonesia, ranked 102nd, has a paltry 892 registered players. The Rhinos lost 10-63 to China and 12-42 to India in this year's ‘Asia Division 3 East/South’ title in Jakarta. The Philippines and Laos, meanwhile, have active national teams. The former, ranked 42nd in the world, won the Asian first division in Taiwan this year (effectively the second division below top 3), defeating Sri Lanka 39-22 in the semis and Singapore 29-21 in the final. A nation of over 100 million inhabitants, it has just 3K reg. players. Laos, an associate member of World Rugby, and therefore unranked, has been competing regularly in lower division Asian competition since 2006. This following a one-off appearance at the Asian Championships in the mid-70s, where they lost all 3 games.
https://www.theroar.com.au/author/istanbul-wingman
Top

The eyes of the world of rugby will remain for long time pointed on Japan, even after the end of the World Cup; in 2020 there are in Tokyo the Olympics (rugby 7s) and the Paralympics (wheelchair rugby) and in 2021 there are in Kansai the Master Games, sort of Olympics dedicated to the athletes "in their middle age or oldness"

The mascot of the Kansai Master Games is a sort of cherry-fox: her nose/seed generates a cherry tree every time she puts it on the ground... 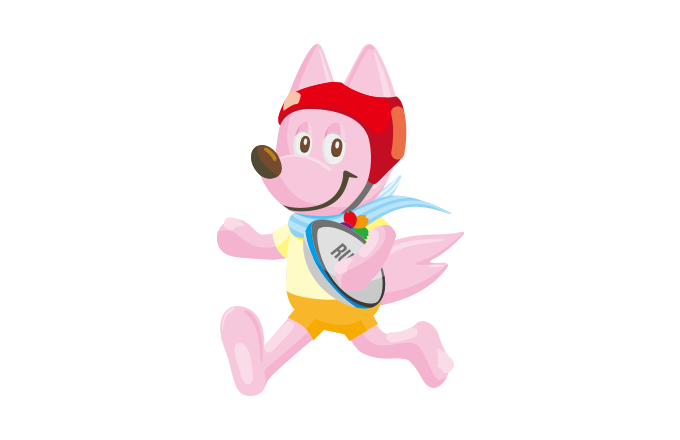 Canalina wrote:In the incoming weekend there's the second leg of the Asian 7s Series, men and women.
It's in Huizhou, China. I didn't know that city so I checked on google: they've 5 millions inhabitants, twice Rome. We've already said this in the past, it's unbelievable how many enormous cities China has. You can't know them all. The whole Guangdong province, the one with Guangzhou, Huizhou, Hong Kong, Macao, has 113 millions inhabitants, the double of Italy.

It was nice also Pear River

China defeated Japan in Huizhou semifinal
Finals will be China v Hong Kong (!) between the men, China v Japan between the women

Or if you prefer the Mongolian... 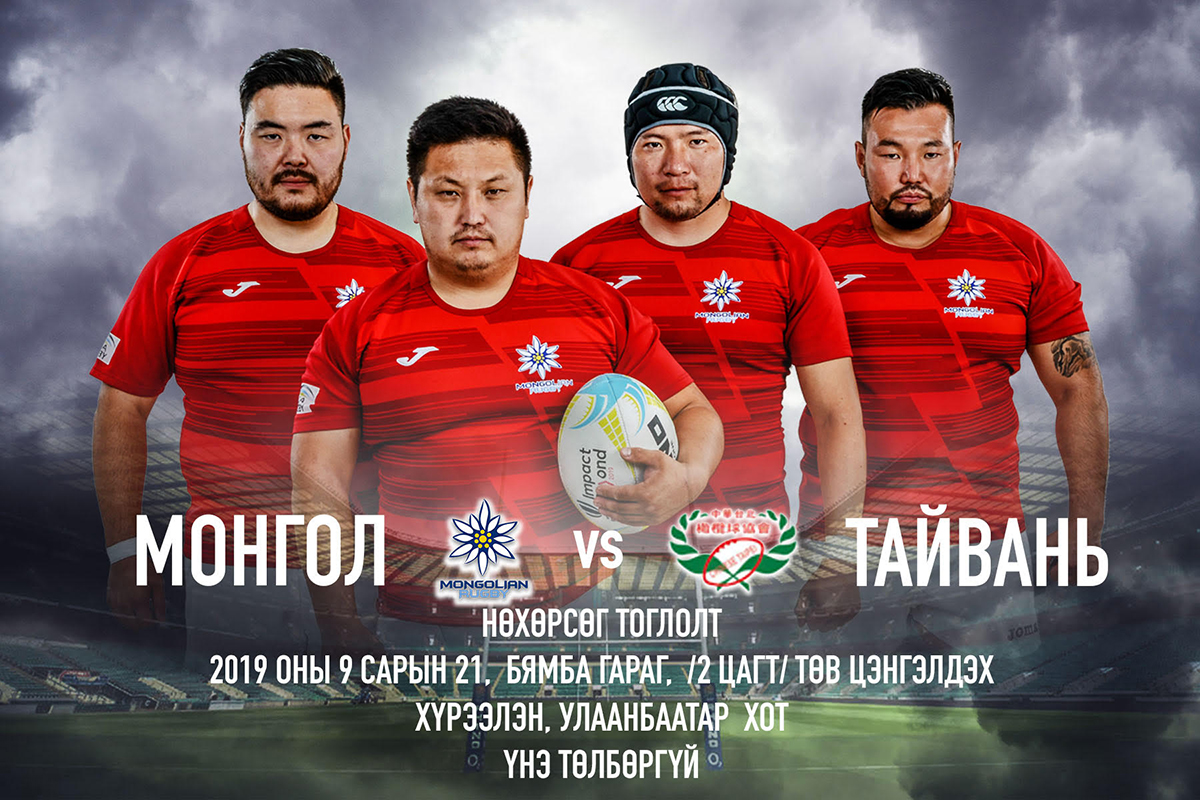 Mongolia v Taiwan should be live here, if someone is interested. Apparently it is shown by a local tv

Users browsing this forum: No registered users and 11 guests