The second game will be in the SIC (San Isidro Club). 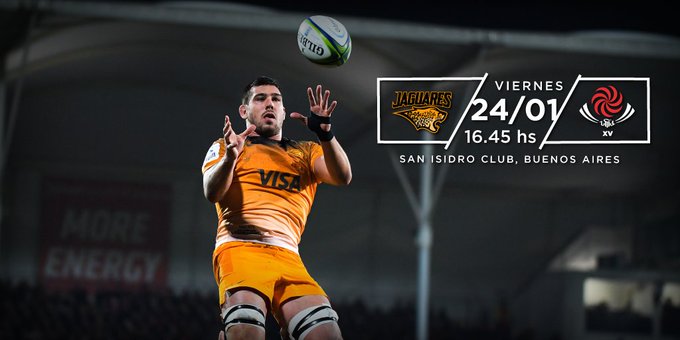 Scoob wrote:Was Mate Kvirakashvili in the extended Georgian under 18 squad this year? i know he didnt make final squad but wasnt sure if he was in extended squad

Not sure but I was told he is a Georgian u18. This is from the coach though who never remembers details correctly so it could’ve been a different year or the extended squad. He may have even just heard that he was considered for the u18 and then just told himself that means he’s a Georgia u18 lol.
Top

Scoob wrote:Are others having trouble logging into Georgia rugby website lately,it has been hit and miss lately.
The Georgian under 18 extended squad was named and saw few names of interest and missing ones.
Niniashvili is missing and injured i think,hopefully not seriously as he is the most promising player in the back 3 Georgia has produced in years. Temur Kokhadze in the under 20s team playing wing is also as good as Niniashvili in my opinion.
The young American based centre Levani Mgaloblishvili also not there,he is some talent to that young guy.
2 very good loose forwards in Shvangiradze and Kobalia are in the team.
Halfback Kote Iashvili and Centre Giorgi Kakhoidze are names i recognise.
Others might recognise more names in the team.

I’m not sure if he has played for any Georgian team but I have played with 17 year old Mate Kvirikashvili (nephew of Merab) and he’s pretty damn good. He played for Aspetuck which is a pretty good HS club based in Connecticut and my coach brought him along to play in some of my senior side’s games. We were shocked to hear he was only 17.

He’s going to try playing with Old Blue once he graduates high school and has spoken with the owner of RUNY about potentially joining their u20 side. Not sure what his future holds but if he stays here I wouldn’t be surprised to see him play with RUNY.

What position does he play.
Top

It looks like officialisation of a collaboration that was already happening, wasn't it?
Top

And probably they'll play all matches in SA, like the Jaguares XV. But ok.
Brazilian Rugby News: www.portaldorugby.com.br
Top

get SA head coach as well

It will be really great if Namibia also enter a team. The Currie Cup is a fantastic competition.
Top

And Kenya. I realy hope they find $ to be able to play it. Huge potencial.
Last edited by victorsra on Thu, 19 Dec 2019, 21:02, edited 1 time in total.
Brazilian Rugby News: www.portaldorugby.com.br
Top

victorsra wrote:And Kenya. I realy hope they find $ to be play it. Huge potencial.

That would be amazing. Kenya impressed me in the World Cup repechage tournament. They are big strong guys. They probably just need more coaching and to play more games at a higher level. Physically they've got it.
Top

victorsra wrote:And Kenya. I realy hope they find $ to be play it. Huge potencial.

That would be amazing. Kenya impressed me in the World Cup repechage tournament. They are big strong guys. They probably just need more coaching and to play more games at a higher level. Physically they've got it.

Fantastic news! Yes, this would be the competition the Jaguares' Development team won in a canter this year, effectively the CC 2nd division. I don't believe there was any prospect of promotion, meaning the South Americans should meet the Lelos next year. Namibia withdrew this season for financial reason, but were involved the year before that, mostly getting thrashed week in, week out.

Kenya were invited some years ago though it never transpired, as far as I know, presumably also for financial reasons, and big & strong as they made be, the Simbas have undeniably gone backward since then. Zimbabwe edged them to win the revived Victoria Cup this rear, and the Sables are of course much closer geographically (pre-independence Rhodesia having been a regular participant). But again it is a question of standards and finances - particularly the latter. Zimbabwe is still involved in SA club and age-grade competitions, at least, including Craven Week, I believe.

Meanwhile, we all know Georgia has world class forwards, but this will be an opportunity to develop their back play on those hard, sunbaked grounds. With the Fijian Drua already playing in Australian domestic competition, and Uruguay interacting with Argentina at club level, perhaps the onus should now be on NZ to include Samoa & Tonga in its national provincial championships

Samoa is involved in the GRR with Fiji
Brazilian Rugby News: www.portaldorugby.com.br
Top

This is big news for Georgian rugby. Having a franchise in Currie Cup will be great for developing young Georgian backs.

Armchair Fan wrote:It looks like officialisation of a collaboration that was already happening, wasn't it?

According to GRU site, an agreement was signed two days ago between GRU and SARU. 11 years of close cooperation. Agreement also includes close working relationship between the two academies, training and playing on National team level as well as all age grade levels between the two unions, SARU helping Georgian coaches, officials, management to raise the level, by conducting training. The two unions will also help bring Georgian and South African clubs closer as well as having small tournaments in both countries.

So you know what you need to do!

get SA head coach as well

Head coach of franchise will be Georgian.
As for national team, still no news. That will be decided after GRU presidential elections.
Top

So great news that we'll be joining the Currie cup (even though it's the first division still a step forward), but the first step to, I believe, a pro14 franchise. And also a great way for the age players (u18, 19 & 20) to progress instead of being lost in the Didi 10.
But it'll be interesting to see the squad that'll be assembled for it, personally I'd like to see it be mainly the "XV" team plus a few of our national backs, like Kveseladze, Miriam, Koshadze. Plus a few guys from Russia, namely Meskhi and Gachechiladze, and a few older heads like Bitsadze and Malaghuradze.
Top

In fairness the GRU appear to work well with other unions and World Rugby to achieve these positive working relationships.

This will be a fairly big level up for the Georgian domestic player however they should still be extremely competitive. In the long road I’m not sure a Pro14 franchise would work out out but I could be wrong. The Pro14 and English division may merge with CVC now holding shares in both leagues.
Top

tryman wrote:In fairness the GRU appear to work well with other unions and World Rugby to achieve these positive working relationships.

This will be a fairly big level up for the Georgian domestic player however they should still be extremely competitive. In the long road I’m not sure a Pro14 franchise would work out out but I could be wrong. The Pro14 and English division may merge with CVC now holding shares in both leagues.

I hope the English Premiership and Pro 14 don't merge.
I would like to see this Georgia team playing in the Kontinental Club Rugby League proposed by Russia and Romania, in addition to the Currie Cup. If they can win the Kontinental League, and hopefully qualify for the European Challenge Cup, they will then have a strong argument to join the Pro 14.
Top

Unless the pro 14 reduces the amount of games so that international players play a larger % of matches or a British and Irish League is formed I have no interest in watching the pro 14 anymore. The Welsh, Scots and Italians simply don't have enough depth or money to sign depth players to keep the league interesting when the internationals are away.

It would be good for Georgian rugby if they can get a pro 14 side but unfortunately i don't think it is feasible for the same reasons as the Pacific Islands in Super Rugby.

They would have to cover the costs of travel when hosting the rest of the league and pay an annual licence fee to the corporation like Italy. They would not be able to bring back their star players due to simple economics, unless the GRU imposed restrictions on national team selection but I think that would be self defeating and would not recommend them to go down than route.

Any player who shines for the team will be signed by pro d2/top 14 clubs, so they would constantly lose players every season and they would struggle to stay competitive. But it would be great development for Georgian players without a doubt.

You could point to the Jaguares and say that they have benefited from super rugby and have not been picked apart by European clubs to a large extent. However, Georgians are exempt from foreign player restrictions in the EU due to Kolpak, which South Africans and Pacific Islanders also benefit from. Argentinian's are not exempt (unless they have EU passports) and they are also a wealthier country than Georgia so they have slightly more scope to keep players.

Now if the pro 14 set up a second division with an eye for expansion to Europe, that could help be a good development system for domestic players in Georgia like this Currie cup involvement. With teams from Georgia, Spain, Portugal, Germany, Netherlands, Belgium and Italy. But we have not seen any noise from the pro 14 about this and now there is the KRL from Russia.
Top

Gela Aprasidze with a try today for Montpellier vs Racing 92. Good to see him getting game time at a high level.
Top

welshdragon2000 wrote:Gela Aprasidze with a try today for Montpellier vs Racing 92. Good to see him getting game time at a high level.