To be fair, MDG should have fielded Nosy Be
https://en.wikipedia.org/wiki/Nosy_Be

Dinamo Tbilisi BASKETBALL team beat them by 167-40
on 27 OCT 1977, while touring the friendly to SOV state

Wow. What a result for Brazil. What happened there?
Top

4N wrote:Wow. What a result for Brazil. What happened there?

that was a match in itself, came from behind,

defended like crazy and took their chance in the second half, came from 10-5 down to score with 90 seconds left, the yellow card blunted the US Attack and clock run out. Brazil also had a yellow at the end but made no difference to USA
Top

in fact it was 12-10
Brazilian Rugby News: www.portaldorugby.com.br
Top

thanks Victor, I was using the website as the official result but they fixed it.

The medals are too close to call this time around, Argentina beating Canada has changed the dynamics
Top

I saw Uruguay-Jamaica. We played with plenty of spirit and little knowledge.

Today the official video streaming got cut and could barely watch Uruguay-Chile.

I still think that giving more priority to sevens is a bad idea. But at least they should have permanent players.
Top

each union has it's own priority but I would have thought Uruguay could have performed better. it has been painful to watch. I think loosing every match and now to Chile heavily has brought a new reality. I understand if they don't invest as heavily as the XV but they should have full time 7 Players
Top 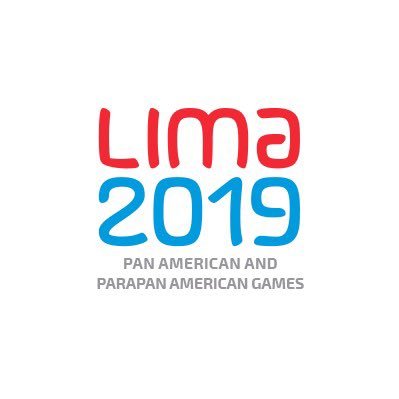 (Gold Medal rematch of 2015 can't wait)
Brazil can win the Bronze if they play like last night.
Top

(FULL TIME 19-19)
Great Match from the USA coming from behind and retain the Medal they won 4 years ago. Hard luck for Brazil.
Top

Argentina do the business and dethrone the defending Champs !
Top

Jamaica should be invited to Punta del Este and Viña del Mar.
Top

carbonero wrote:Interview three weeks ago with the new president of Chile Rugby > https://www.youtube.com/watch?v=YSv1JqhtMMc

- Take it with a pinch of salt but it seems that the second division of the 7s circuit is happening with twelve nations participating. The first eight teams qualify for the final in Hong Kong. He said that the two legs of the South American Series will be part of this circuit. No further details for now.

Copied carbonero's post from the South America thread, because this is great news, if it is really a thing.
What I don't like is the 8 team "final". Why play a series, when then once again a single tournament decides? HK can be the final stage, but with all teams and after that overall rankings should determine who gets "promoted".
How to grow rugby worldwide?
Look at the world ranking in July. Teams ranked 1-10 have to play one team from 11-20 (they don't play in a regular competition) away the next year. 11-20 play 21-30 away and so on. Yes, it really is that simple.
Top

Maybe it would not involve the same 12 teams in every tournament. Maybe the two south american legs would have more south american teams, the two african legs more african and so on... Every team play (let's say) three tournaments, at the end of all the events bar Hong Kong the best eight teams qualify for the final event.
Just an hypothesis
Top

This is not what I understand from the interview. He says that South American series would have the 12 teams opting to go to Hong Kong plus 4 invited teams. I don't think teams intending to get promotion will be able to skip tournaments.
Top

If your hypothesis is right, Canalina, it would be the same - only with a reduction of teams in HK from 12 to 8.
How to grow rugby worldwide?
Look at the world ranking in July. Teams ranked 1-10 have to play one team from 11-20 (they don't play in a regular competition) away the next year. 11-20 play 21-30 away and so on. Yes, it really is that simple.
Top

People called this when LA got the 2028 Olympics but the event has been much more successful in Vegas than it ever was in LA and the world class Raiders stadium is about to open. I hope it succeeds back in LA but the decision seems questionable in terms of crowds.

Los Ángeles is famous for having fair weather fans.
Top

On september 7 (appropriate date!) the first ever international tournament will take place in San Marino with four teams competing: the national teams of San Marino, Monaco and Switzerland and a side from Grenoble ("a town with a big colony of sanmarinese people", I didn't know).
The aim of San Marino Federation, which is trying to rebuild itself and whose national team is not playing since 2017, is to participate to Malta's European Small States Games in 2023, when rugby 7s will debut in those Games.
According to the caption under the video (but the interviewed man doesn't say it) the debut of rugby will involve also a women tournament.

To note that the debut of a Vatican team in rugby seems still very far but not impossible anymore: in the last Small States Games edition Vatican City debuted with the status of "observer". Four vatican athletes competed in track & field: a Swiss Guard, an university student, the daughter of an employee and a parish priest

Well, if they have a dozen rugby players among these people, there you are a Vatican 7s team, that would be really funny.
Brazilian Rugby News: www.portaldorugby.com.br
Top