It is clear that such a victim should not be expected from a whore who came on an "American wife visa" after meeting on i-net.

I read a lot of idiots with their arguments about history of Russia, but this nonsense is one of best. Ukrainian historical school.

Another asshole in our collection.

No less important, Putin has constructed a quasi-fascist state that is overcentralized, corrupt, incapable of modernization, and good only at repression. Since he’s that state’s linchpin, his departure will expose its internal weaknesses and make it ripe for assault, whether by ambitious elites or disgruntled masses. Ironically, Putin has become Russia’s worst enemy, precisely because he is determined to make Russia into an authoritarian empire—a role it cannot sustain.

A huge number of factual errors in everything. How to distinguish "Ukrainian school"? First of all name of country is "Muscovy" and people "Muscovites". After Grand Duchy of Moscow began to conquer captured Russian lands from Lithuanians and Poles they began to call us so that they would call into question legitimacy of Moscow princes and tsars.
Russians themselves NEVER so called their country and themselves.

Also name "Ukraine" and people "Ukrainians" whose history according to these "historians" goes back to ancient times.
After you tell them that "cradl" of Ukrainian Nazism is located on former lands of Russian Voivodeship (Województwo ruskie) they fall into a stupor.

Ukrainian historical thought is characterized by invention of various historical fakes , myths, falsification and destruction of documents in archives.
Here is one example. In France Anne de Russie or Agnès de Russie turned into Anna of Kiev.

They could even change Wikipedia! Fortunately she was not called Anna Ukrainian!


They were not even too lazy to change inscription on monument! 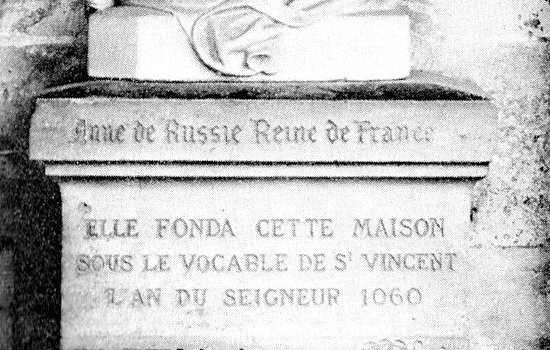 All hope for perfume brands! After all if you call these perfumes "Anna de Kiev" it will be like the name of a prostitute ...

This one also evolved over time from Russian to Ukrainian.

If i had a time machine, then i would send these historians to past so that they could inform Anna and Daniel about this personally.

In order to believe in all these Ukrainian fairy tales, it is necessary that part of brain die.
After all Ukrainians were invented at end of 19 century in Austria-Hungary to be opposed to Russians.

Those who have not changed their name are now called Rusyns.Those whom they did not kill and did not send to concentration camps.

Hence acusations against Russians that we have nothing to do with Russians, that we are Muscovites, that we are not Slavs but Mongols, that we stole name Rus ...
We are acused those who changed name of their people and their religion after becoming a Catholic. All this strangely fits in Ukrainian head.

Only in 1910 just before World War Ukrainians appear in Austro-Hungarian Empire ... 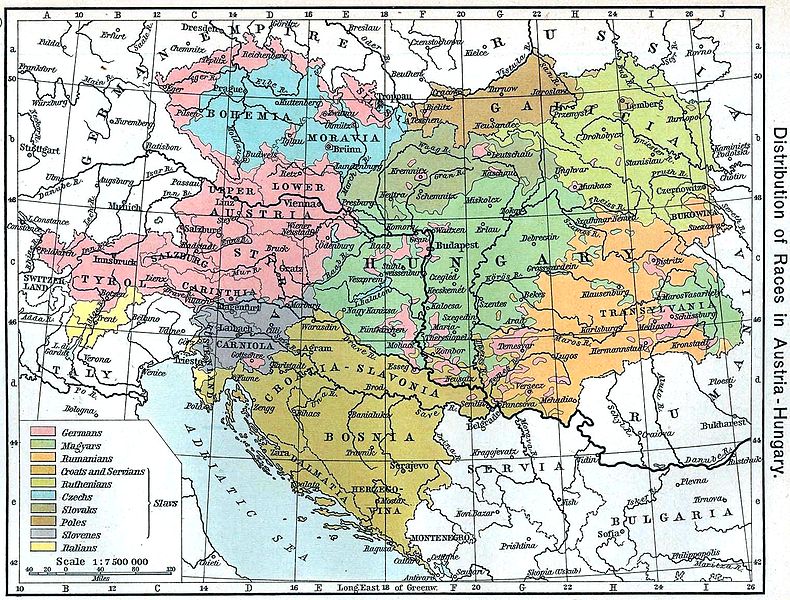 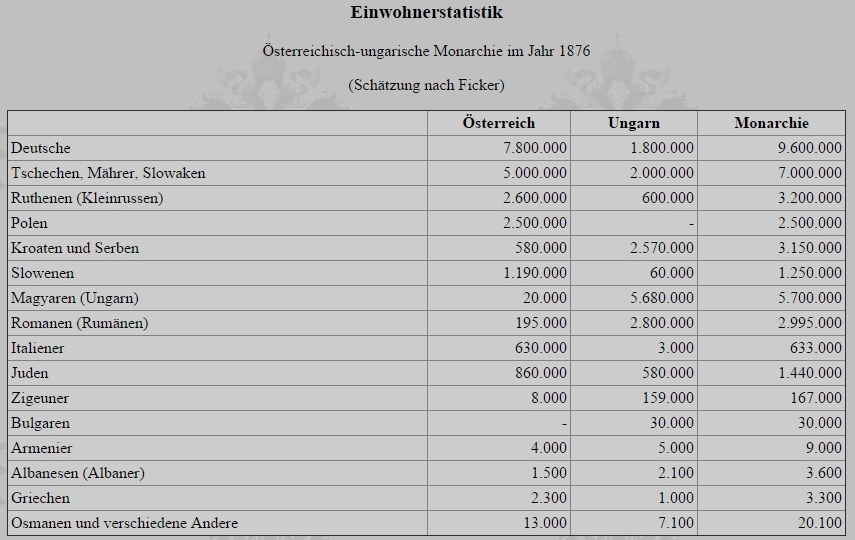 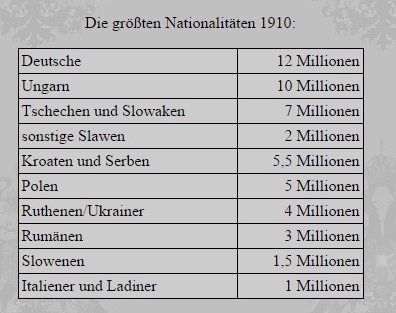 So let’s all get Russian then, baby. Let’s all fill our heads with objectively true Kremlin talking points and Cossack dance our way to a fact-based relationship with reality. Get as Russian as possible. Get aggressively Russian. Get offensively Russian. Get so Russian it hurts. Get so Russian it curls Louise Mensch’s hair. If they are going to start telling us that truth is Russian, then the only appropriate thing to say in response is dasvidaniya.

This is probably main British caliber ...

The World According to Putin review – sex, lies and state-approved videotape

I did not watch this film but most likely it is a one sided compilation of anti Western statments and conclusion that there are no other views on Russian tv.
In Russian television political talk shows take place daily.
Lets look at recent talk show of main Russian channel " Big Game" about events in Middle East.

I cant translate everything, but can introduce some of participants.

Malashenko Alexey Russia 2007–2016 he was a member of Scientific Council chairman of Religion, Society and Security program of Carnegie Moscow Center

This is another issue devoted to Russian-American relations.

In any talk show they try to invite a foreigner who knows Russian!
Unfortunately whores from Liberty, Deutsche Welle, BBC are forbidden to participate in Russian talk shows. They do not exist there so that they do not look stupid. They are forbidden by their editorial offices, not Putin.

Firstly words of whores do not cost anything, because they sold their souls to another state and get paid for it.
They will look stupid when say that occupation of Iraq with hundreds of thousands of dead is legitimate and annextion of Crimea with two dead is not legitimate.
But if a foreigner knows Russian is on talk show it is always interesting.
Unfortunately there are very few of them.

Therefore i think that if anyone lives in a fictional world of propaganda, then he who knows only one English language.

By the way. Emigrants from the USA and Canada became presidents and ministers in Eastern Europe. At least i know of several such cases.
In Russia this is impossible, i think because Russians do not consider themselves to be Western civilization unlike Eastern Europe. Eastern Europe too no one belongs to West, but they serve because they hope that they will be recognized at least in future.

Probably this is somehow connected. 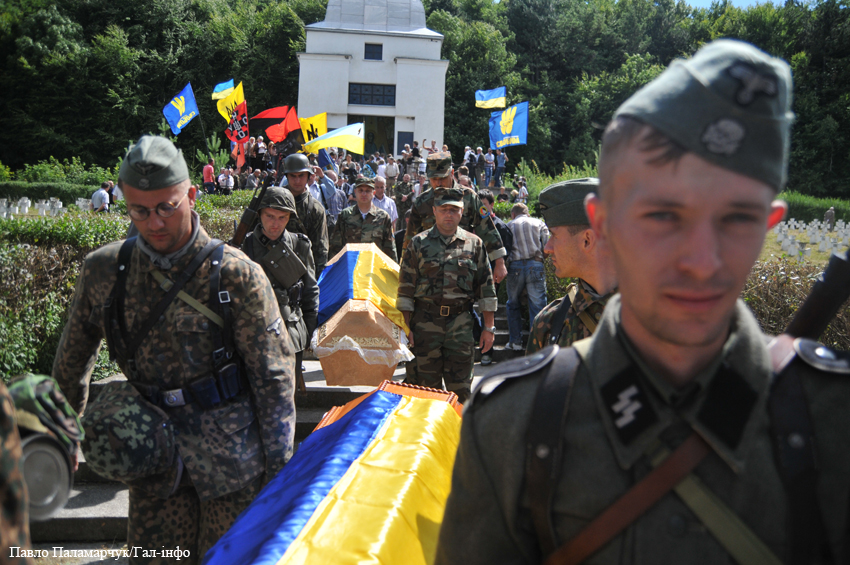 Believe me, we will destroy this shit.
And this gay parade will not stop us.

Maybe someone read my link about the occupation of Crimea?
Russians have no other option, we will not have such an occupation as in Paris. We are a different civilization.

I grew up in USSR and we were told about war. About the executions and deaths of people. But who did all this? Germans or fascists & Nazis. They were to blame for everything. Children played war Russian against Germans. They cast lots, no one wanted to fight for Nazis.
And when i grew up, what did learn? Khatyn killing of villagers.

That is why USSR has such losses in II world war.
And now they are demolishing monuments to Soviet soldiers and erecting monuments to their Nazis and ban Russian language in schools.