If France wanted to conкlude a treaty (because it had a border with Germany on land), then Britain was engaged in outright sabotage. Нead of delegation did not have autority to sign anything! Goal was to prevent rapprochement between USSR and Germany.Indeed in June in London began its own negotitions with Germany.
In addition Poland and Romania refused to allow Soviet troops to pass through their territory.

Lets also not forget about Japan. In May an armed conflict began with USSR in Far East!

In August negotiations in Moscow were still ongoing. Contacts betwen Britain and Germany also continued.
Stalin wrote to head of the foreign affairs agency Molotov.
"Close the store."
On August 23, a non aggression pact was signed with Germany.
A week later Hitler attacked Poland, two weeks later in Far East USSR defeated Japanese and sent troops into territory of Poland lost during civil war.
GB and France declared war on Germany. War was not declared by USSR, because unlike modern EuroParliament they did not call Stalin an ally of Hitler.

It is written very briefly. As understand it. I would be glad if someone supports discussion about these events.
I see it like that. GB and France tried to send Hitler to East, but Stalin sent him to West.
Only thing that Stalin did not expect was speed of surender of GB and France on continent.
He planned to stay out of war in Europe for as long as possibl.

A few words about Poland and Romania and their refusal to let Soviet troops through their territories. They reasnably feared that would have to give up territories captured during civil war in Russia.
Poland also hoped that it would not be left alone against Hitler by its allies GB and France. 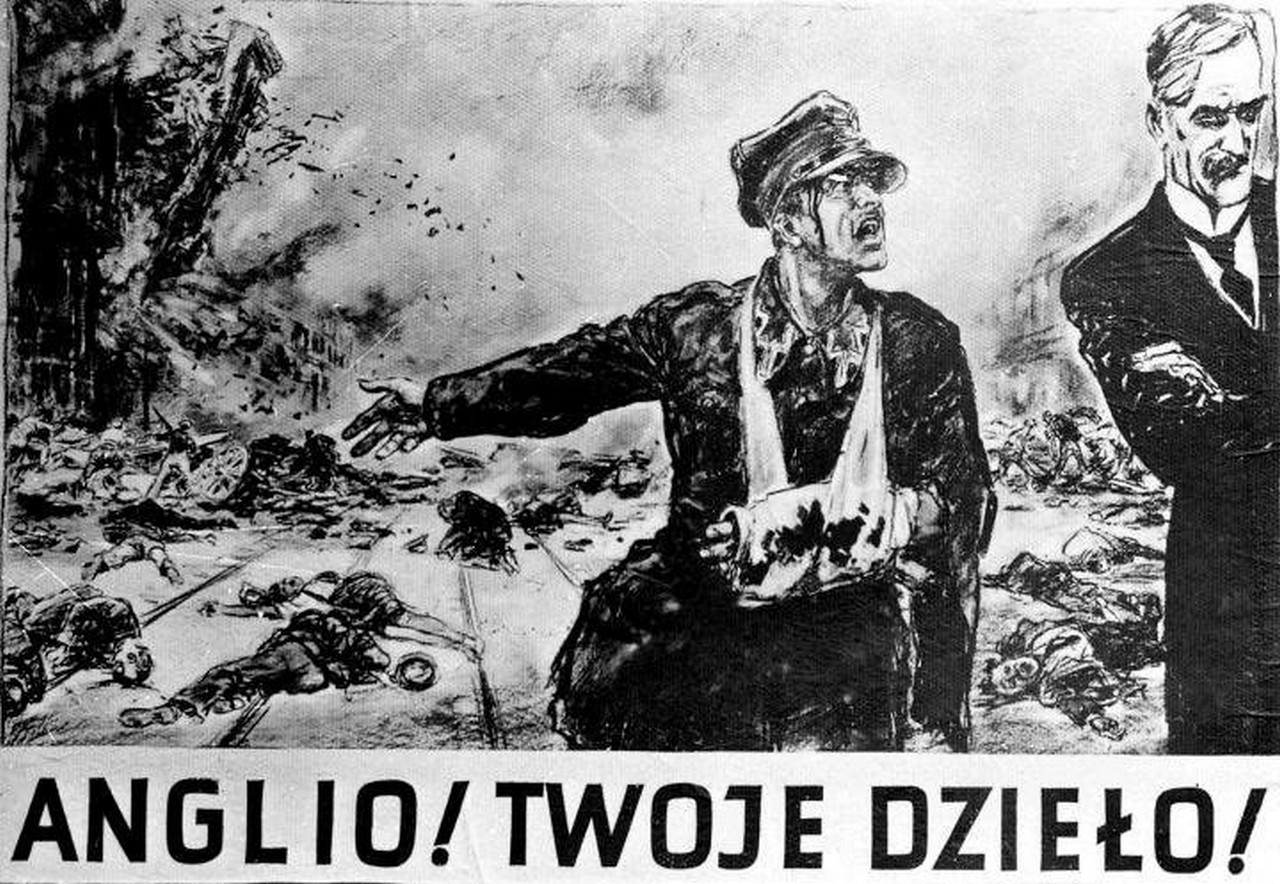 After agreement between USSR and Germany, Japan decided to continue its expansion to south, and not to north. Navy instead of army.
Stalin secured himself in East. Even after defeats of 1941 Japan did not dare to attack USSR.

For these reasons 1939 treaty between USSR and Germany is called great sucess of Soviet diplomacy.

All time USSR had to take into account possibility of unting Europe against USSR. This already happened during destruction of Czechoslovakia. This agrement made this scenario impossible.

Now watching “Outsider” .2 episode 47 minutes. Dialogue of detective and lawyer.
Never in USSR they shot anyone without a court verdict and never sent convicted family an invoice for execution!

This is not first time that have seen how Western spectators are being fed anti Russian propaganda.

For example a murder. And if victim is a communist? This is terror! Or a thief who stole a billion. At that time they were shot. They could not hide in London. Or a fire at plant with dead. Economic diversion.Shooting.11 September in US for example. Shooting of leadership of special services.

And how else could a world power be created from a backward, poor agrarian country with an illiterate population?
Stalin did this in 20 years.

In IWW Imperial Army did not have right amount of shells and rifles!
To 10 - 20 German shells - answered one . About aviation and tanks generally said nothing. Could not do engines, could not! Not a single major offensive against Germany in entire war! None!
Еconomy destroyed by civil war, sanctions and blockade.
And after 20 years Hitler attacks us.

Western Europeans would have lived perfectly under Hitler. Czechs and Poles would have come to an end, but rest would have lived as they are now. This is one civilization. Only Jews would not have been and emigrants from Asia and Africa.
And Russia would have come a fucking end as Jews. Siberia would be occupied by US or Japan. So Stalin had no choice, he had to win.

If not for the extermination of Jews, Hitler would have long been rehabilitated as a poor Austrian artist brought by Stalin to suicide.

If your want to spoil relations with Russia attack Serbia! But who cares about opinon of Russia who lost Cold War?
I dont know why Serbia and Russia are connected by invisible threads, probably because they never attacked us.
Russians sing a Serbian folk song in Serbia.

Tomorrow we will discuss text of this illiterate person.

Donald Trump must split up Putin and Xi, the new odd couple

It is unclear why Russians are sympathetic to Germans. More precisely they are respected. Probably because a huge number of Germans lived in Russia.
When i worked at Moscow Refrigeration Plant No6 in Ostankino as a loader, my supervisor was Karl Andreevich Schott.
I respected him.

I doubt that Germans did more harm to Czechs and Poles than to Russians. Nevertheless proud that Russian people did not kill peaceful Germans of USSR citizens as it was after war in Poland and Czechoslovakia. Stalin sent Germans to exile in East. That was. Wel Russians did not kill them.

Putin will step down as president in 2024 but doubt something will change.

In the end, Mao got the Soviet backing his new People’s Republic desperately needed. But the price ended up being to fight the Korean War on Stalin’s behalf.

That particular odd couple ended up getting a divorce. By 1960, Mao and Nikita Khrushchev were openly criticising one another. By 1969, Soviet and Chinese troops were fighting a border war.

What is strange in union of 2 communist countries?
It was not Stalin who initiated Korean War. Kim for a year sought permission from Stalin to attack, Stalin was afrad of outbreak of a nuclear war. After defeat of Kims troops, Mao himself gave order to attack by informing Stalin of this. Stalin tried to avoid participation of USSR in war. As a result Soviet air corps took part in war. Losses amounted to 335 aircraft and 120 pilots (all 315military). Loss of UN troops amonted to more than 3000 aircraft.
Ruptur of relations between China and USSR ocurred after the anti Stalinist company of Khrushchev.

In this new Cold War, the odd couple consists of Xi Jinping and Vladimir Putin. No two world leaders see one another more frequently. Xi has even called Putin his “best friend”. But compared with the 1950s, the roles have been reversed. China is now the giant, Russia the mean little sidekick. China under Xi remains strikingly faithful to the doctrine of Marx and Lenin. Russia under Putin has reverted to tsarism.

Russia is 4 country in world in terms of PPP industrial production. We are second only to China, USA and India. GDP does not mean anything. Its just that in US cost of fillings per tooth is 10 times more than same fillings in Russia.
Russia did not return to tsarism and China is a completely capitalist country.

As the Second Cold War intensifies, the role that Russia can play is quite small. It is not a serious player in either hardware or software. And it is financially marginal: nobody wants roubles, because US sanctions have so effectively isolated the Russian economy.

What, then, does Putin bring to the table, apart from a great stockpile of mostly superannuated nuclear weapons and conventional military forces that have performed adequately but hardly brilliantly in Ukraine and Syria? The answer is an unrivalled talent for hybrid or information warfare.

Russian nuclear weapons are those weapons due to which war is now cold, not hot.
There are no analoges to Russian weapons in world. Supersonic missiles are capabl of breaking through any enemy missile defense. By 2024 Russian army will have 80% of new weapons.
Russian troops in Syria demonstrated Russian weapons , therefore Russia is second in world in terms of arms sales after US.
When regular Russian troops appear in Ukraine it will be noticable to everyone ,until no one has seen them there.

The ultimate goal of American strategy in the 2020s must be to achieve a mirror image of that manoeuvre, driving Putin and Xi apart and drawing Russia into that western configuration which alone can save declining Russia from being swallowed up by rising China.

Donald and Vlad: no relationship has caused Trump more trouble. Will it ever reap a strategic reward? That might just be the Second Cold War’s crucial question.

I doubt Trump will succed. Russia will not drag chestnuts out of fire to maintain US global dominance.

We have democracy and freedom at level of Guinea and Congo!

Can Russians be allies of democratic leaders?