I am ready to admit my mistake, but sure that US will far surpas China in number of infected.

A well-known Russian blogger\trucker makes operational reports every day from North America. He says that road traffic decreased by 80%. The country is absolutely not prepared for such a situation. Do you think Trump will invite the Russian military? Russian Ambassador to the US Antonov said that Russia is ready to help ordinary Americans.
https://www.youtube.com/watch?v=mFlxC_tjeTg
Top

STMKY wrote:This is not just Russophobia. But also complete idiocy. Call 80% of the help useless. Although this journalist does not even understand what the Russian military will be doing. Because in Italy there are simply no such units. These are profi who have experience fighting against anthrax and African plague.
https://www.youtube.com/watch?v=Cs5HPbCNQCo

Romania have such units with experience in Africa, even in ebola outbreak areas, I highly doubt Italy don't have.
Top

If they are, then why is it not visible how they work in cities? Do not forget that Romania was part of the Soviet system. And Italy is part of the capitalist West, where medicine = money.
Top

4N wrote:You have no idea whether the data from China is accurate. The government controls what gets reported.

True. Still they reported a number of new cases of around 50 each day for the last week.
How to grow rugby worldwide?
Look at the world ranking in July. Teams ranked 1-10 have to play one team from 11-20 (they don't play in a regular competition) away the next year. 11-20 play 21-30 away and so on. Yes, it really is that simple.
Top

Chinese have almost all new cases that have flown from abroad.
In Russia all problems from arriving from abroad. It was impossible not to let their citizens into Russia.

you know, it's not russophobia, it's sceptisism against your country's leader and government. You derail every thread with your "knowlegde". It's disgusting.
Ceterum censeo Sex Nationes esse augendas.
Top

Really, how one can give 2 cents on these liars and cheaters is beyond me
Top

You are liars. Official Kremlin did not blame Poland for this. This was written by one of deputies.
So liars here are primarily you.

Poland prohibits flights over its territory to transport aircraft of Russian army, so it was not asked.Like any NATO country in Eastern Europe. Therefore flew round.

Trump Wants to ‘Reopen America.’ Here’s What Happens if We Do. 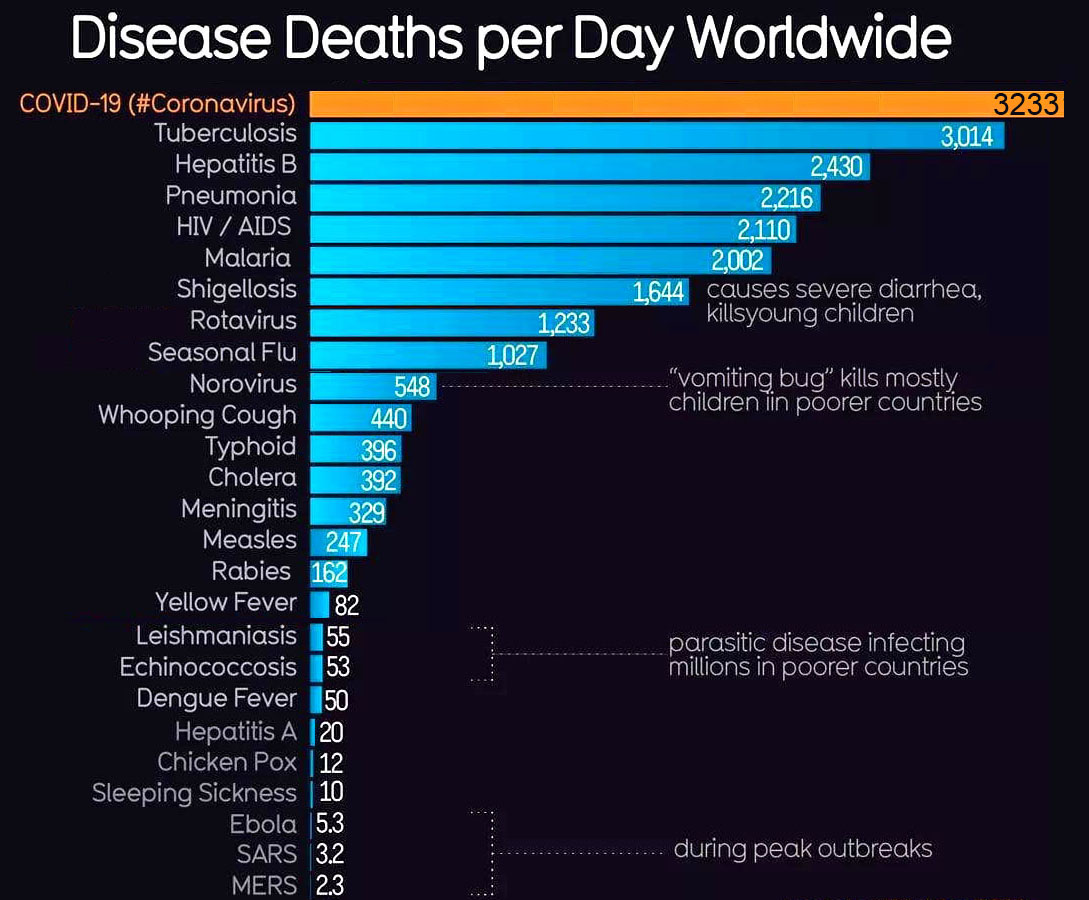 This is suicide. If you are not old, your body will kill this virus itself. Much more likely to die or become infected in this line at hospital!
Increase in number of deaths is due to fact that the countrys healthcare system cannot cope with load. If you are young and strong then you yourself will over come this disase!

Do not panic, this is not smallpox or anthrax! You have a head to think about!

The Russian Army against chemical and biological weapons. In the film, a technique that already works in Italy.
Top

Director of Information and Press Department of Ministry of Foreign Affairs of Russian Federation Maria Zakharova wrote today.
Ill translate it with help of Google translator, think that meaning will be clear.

What calls, letters, messages I have not received over these days. From around the world. And a call center, the messages of which we manually analyze in DIP, helping colleagues, and calls from completely unknown people from the Philippines, who have nothing but documents and a phone, and mother’s screams that her daughter is in Prague alone ... Regions, commissioners, tourists, deputies, housekeepers, truckers ....

But I want to talk about one call separately.

People called yesterday. I don’t know them personally. As it turned out, secured. Even the rich. Very rich. So much so that:

“We want to send a private plane to London for our boy.” He has been living there for a long time.
- What happened?
- Like what? There is a collapse!
- Can not be. This is the bastion of civilization. Better to probably stay in it?
- What a civilization! In England, we have nullified medical insurance! No obligation. The test costs 450 pounds. Only to Russia, only to Russia!

***
You have been bullied for many years for your money. You fooled and paid with gold for decay, for illusion, instead of supporting your country and your people, which with titanic efforts, patience and love restored the state after the collapse of the USSR and the collapse of the 90s. So in many countries to which you brought money, bought real estate and built a business, you are now shown the door. Tough and unemotional with the words "nothing personal, just business."

And now ... now the queues at world airports and shouts: "We are the citizens of Russia!" Really? “We are citizens by law,” they explain by blowing dust off Russian passports.

Then please begin with the basics - respect for the country and its people.

But at least she talking to them! She has to do it. This is her job.

I dont talk with whores, this is my choice.

I said earlier that very soon we will see millions of European migrants in Russia. Now these conversations are already reaching a high level. I am not against such migrants as Vova. But we must invite them wisely. There must be different criteria. And of course, settle them evenly throughout the country. So that in the future Italian, French, Dutch and other enclaves do not appear. With Slavic migrants in general there will be no problems with adoption. Serbs, Croats, Poles, Czechs, Bulgarians will be fluent in Russian in 3-4 months. And after 2-3 years they will feel culturally Russian. But first of all, new migrants need to populate Siberia and the Far East. The nature there is excellent, wide scope, a lot of work and huge potential in working with Asian markets.
Top

If someone wants to come to Russia then let him come and live anywhere.

You can not do it this way. If anywhere. That 80-90% of these migrants will want to live in St. Petersburg and Moscow. But for Russia this will not be useful. Especially after the situation with the virus, I hope we stop wild urbanization. Emphasis will be placed on creating good living conditions in small towns and villages. We need to populate our vast territories. Otherwise, in the future there will be problems with the retention of these lands.
Top

China completely defeated virus and in a month will fully launch its economy.
But in Europe and US (and Russia!), problems with economy are just beginning. It seems that US world domination is over.

STMKY wrote:You can not do it this way. If anywhere. That 80-90% of these migrants will want to live in St. Petersburg and Moscow. But for Russia this will not be useful. Especially after the situation with the virus, I hope we stop wild urbanization. Emphasis will be placed on creating good living conditions in small towns and villages. We need to populate our vast territories. Otherwise, in the future there will be problems with the retention of these lands.

Aren't you from Nazi Israel at all? You could live and work there perfectly!