Also the new website of the Algerian federation mentions a national women XV.
No words about the test match in Tunis but surely it has been called off
https://www.dzrugby.com/site/
Top

Based on this release, I assume it has been called off:

will USA Women's be the first victim of USA Rugby bankruptcy?
Top

"Women are already 7% of the total of Argentina's players, but the potential is great and we want to reach 9% in four years".
"What we lack? Women's rugby at the moment is based on little cities' clubs, we need that the major clubs in the big cities abandon their prejudices; fortunately this is starting to happen".

Canalina wrote:Laos is playing two XV matches vs Kim Boi Wildcats, today and tuesday.
Kim Boi is a Viet Nam region not far from Hanoi and apparently "Wildcats" is the surname of their select, not the name of a local club

The event is an effect of the Pass It Back project (http://www.childfundpassitback.org/2017 ... vietnam-2/) so I suppose the local team must be very young, even if the game seems senior and not underage 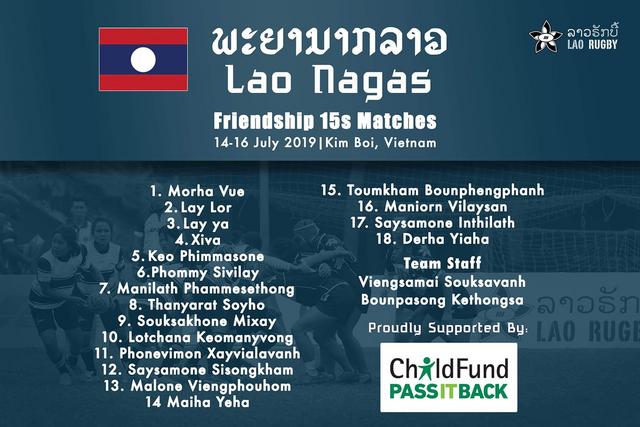 This team (Kim Boi Wildcats) could be thought of as the de facto national team of Vietnam, as they are classed as the "only all Vietnamese" club in Vietnam.

Many of the Laos players were under-16 (thus, development players for the future national team). I would say it was more like Laos A than Laos.

In any case, the result does not seem to be mentioned anywhere on this forum. In the end, it seems there was only one match: