That's a respectable result for Nauru. Despite only having a tiny population themselves, the Cooks are able to draw on a fairly sizable NZ-based diaspora, and are certainly the region's No. 4 team at XVs level. They famously beat Italy once, way back in 1980.
https://www.theroar.com.au/author/istanbul-wingman
Top

Official website is slow to update results - but they are uploading them now.

As expected, the first 3 men's results are all different:

and the two women results I've seen on PNG facebook are different from the Oceania Rugby ones : )
Top

Only the 3 mentioned above were different (the first 3 men's matches) - all the rest agree with Oceania Rugby.
http://theroonba.com Results, fixtures, rankings
Top

Wonder why Vanuatu and Tahiti aren't represented in the 7s.
https://www.theroar.com.au/author/istanbul-wingman
Top

The finals were live on Olympic Channel. Nice little Pacific stadium, nice crowd and a dog invasion during the women's final.
Between league and sevens Fiji won 4 gold medals on 4 events in these Games
Top

Saturday and sunday there's the second and last stage of the Euro Grand Prix; in Lodz, Poland.
The first placed in the final chart will be obviously crowned european champion
The best placed outside the World Series core teams will be invited to the WS Paris and London tournaments 2020.
The three best placed outside the WS core teams will be admitted to the WS qualifying tournament (Hong Kong?).
The two worst placed will be relegated in the Trophy and replaced by Lithuania and Ukraine.
I marked with a green spot the core teams, hoping to have not made mistakes.
Italy is in the middle between Hong Kong hopes and relegation fears.
Apparently host Poland is not granted from relegation. 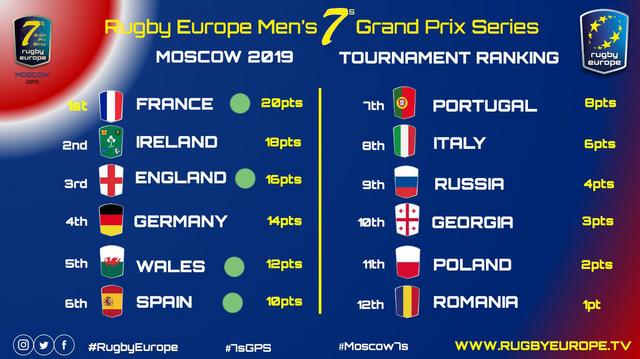 I believe that Ireland is a core team for next yer.

Russia, Portugal, Germany are the three you'd expect, but Russia has been poor recently.
Top

Thank you. Interesting, so Italy has good chances to go to Hong Kong.
Germany is pretty sure to go to HK and also to London and Paris; for the other two tickets to HK the fight should be between Portugal, Italy, Russia and Georgia
Top

I reckon that the race for all places is still on.
We can expect a significantly weaker English team, after they reached the Olympics. Same probably goes for France and Ireland who also might try some new guys for the World Series and the repechage. The quarter-finals will be the deciding games. Portugal still has a shot to take those two World Series places away from Germany.
How to grow rugby worldwide?
Look at the world ranking in July. Teams ranked 1-10 have to play one team from 11-20 (they don't play in a regular competition) away the next year. 11-20 play 21-30 away and so on. Yes, it really is that simple.
Top

The two worst placed will be relegated in the Trophy
and replaced by Lithuania and Ukraine.

Sorry, but same judgement error for second year in a row

Pls, download COMPETITIONS MANUAL from RE site and see p. 9

Men’s Sevens Grand Prix Series
The Team finishing in 12th position after two legs (excepted 2020 host Union’s),
will be relegated to the Trophy and
be seeded Number 1 for the 2020 Trophy Tournament.

... At the end of this tournament, a team would be promoted to the Top of European Sevens Rugby next season.

... Ukraine can consolate of not joining the 2020 Grand Prix thanks to
its qualification for the Colomiers Olympic qualifying tournament.

First round results in Lodz, well done Azzurri and Lelos

Why do you affirm this? Because Russia and Poland are going to host a GP stage next year, therefore they are granted from relegation?

Nice results today for Italy and several surprising results in general, both in Lodz and in Kharkiv. Nice covering by Rugby Europe too, with good quality streaming images (maybe they should say the cameramen to not forgot to follow the conversions) and beautiful photo galleries on their socials.
Just a negative note, the usual one: the crowd. I think there were around 150/200 spectators in Kharkiv and 50/70 in Lodz 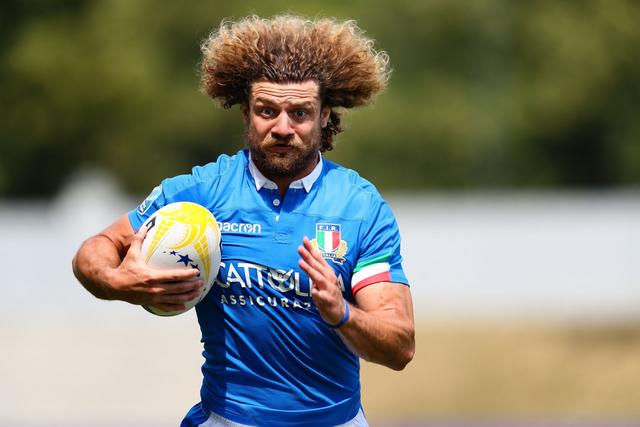 EXEMPT from RELEGATION -- see quote ABOVE

It's a common mistake even among native English speakers. I think we can forgive RE for the occasional grammatical error.
Top

Germany finally makes it to the World Series. As a guest, but that's a really important thing for our development
Last edited by RugbyLiebe on Sun, 21 Jul 2019, 13:47, edited 1 time in total.
How to grow rugby worldwide?
Look at the world ranking in July. Teams ranked 1-10 have to play one team from 11-20 (they don't play in a regular competition) away the next year. 11-20 play 21-30 away and so on. Yes, it really is that simple.
Top

So another question.
Germany has, after beating Ireland, now the chance to win the Championship. The tie-breaker should be scored points like in the World Series, right? Or is it who won more tournaments?

IF both IRE and GER win,
it will end in a TIE and
WOULD BE resolved by
aggregate DIFF over two legs

SORRY, IT STILL COULD BE 3-WAY TIE AFTER ALL =
if FRA also WIN and IRE and GER LOSE