Future belong to Asia, war will not happen, China will win economically .
After which he may have an apetite for Siberia, then configuration will change again ...

There is a law. If you are opposed by a coalition, then you need to hit weakest.
Whether these actions West helped against Russia? Not . West has lost an ally from which made enemy ...

It is a heavy burden to be a Great power. Citizens must spend a lot of money on weapons. Millions of people produce nothing but weapons.
Of course this affects standard of living.
It is best to live in neutral Austria or Switzerland ...
But who will allow Russians right to be neutral?

They will come up with some kind of false pretext and tear it up like Iraq ...

On other hand your country contributes to progress of mankind.
Space flights, hypersound or something else. The US or China also come up with new technologies.
In rivary of great powers development of mankind is born.
Or you become an ordinary consumer as happened with Europe.

Its like in movie Highlander. Only some losers grow their heads again ...

In New Zealand Maori lived. These were ferocios tribes who continuously fought with each other and engaged in cannibalism.
But that is not whole story. Part of Maori (Moriori) decided to become pacifists and sailed to another island. They were very peaceful and kind people.
Story ended with Maori sailing to them and almost everyone was killed ...

So in our world you need to be evil and armed, it savs your life ...

INF Myth Busters: Pushing Back on Russian Propaganda Regarding the INF Treaty

Okay, if Russia needs it where should it deploy missiles to treaten US?

In Mexico ? In Canada ? Even from Venezuela can only get to Texas. From Cuba? Yes, but Cubans are unlikely to need it.

But from Baltic states and Poland missile aproach to Moscow is 4 minutes.
China cannot threaten US with these missiles at all. And US can place these missiles in Korea and Japan.

So to whom it is beneficial to decide for yourself ...

I dont know how China will react, but know how Russia will react.
Now Russia has made a unilateral comitment not to use nuclear weapons first, after deploying missiles in Eastern Europe right to a preemptive strike will be added to military doctrine.
Any suspicius military activity in Europe will be followed by a premptive strike at missile locations.

However i think that all this is directed mainly against China and Russia was declared guilty according to good old tradition ...

Flew to New Zealand and Australia to make a fool ...
Its obvious that China is threatening them ...Therefore there need to place missiles against China.

And we will make these missiles because Russia violated missile agreement ... 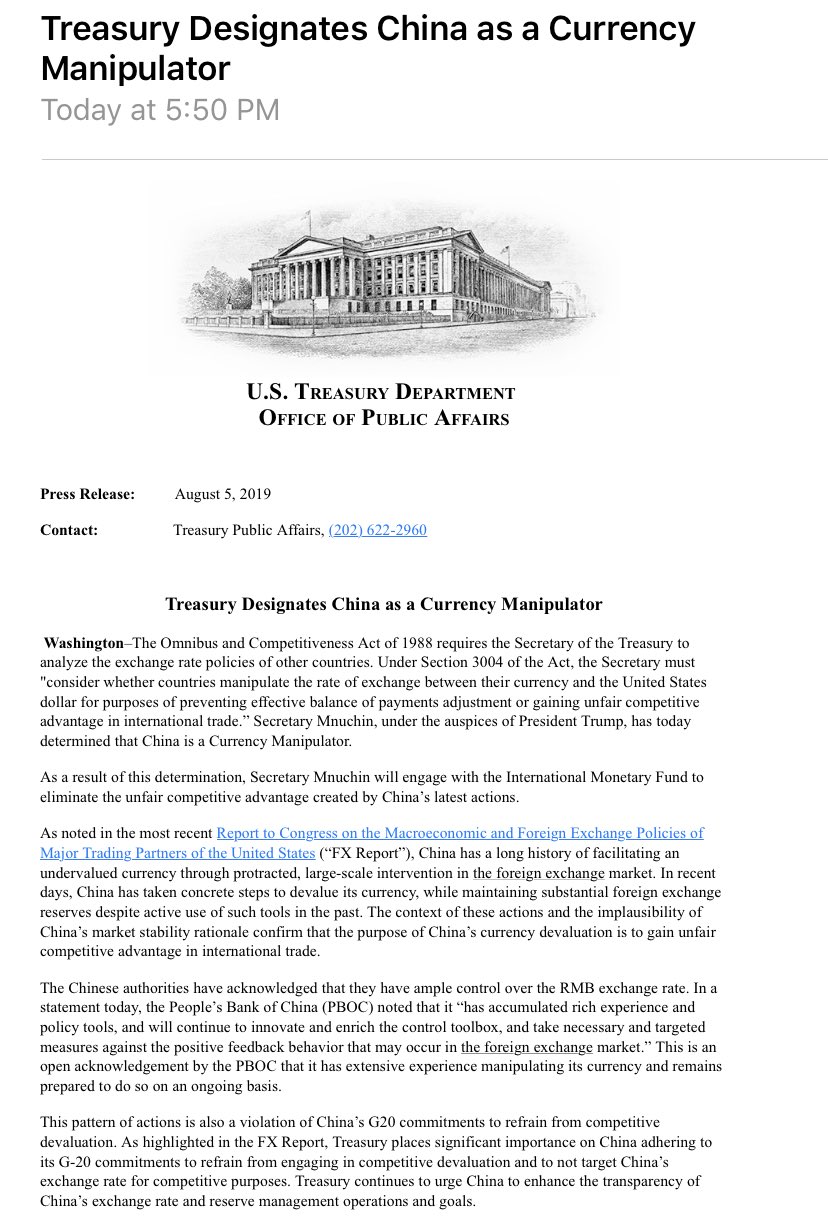 Belgian about life in Moscow. In general everything is true ...

American lackeys hurried with an expression of humility ...

I can say that humanity is one step closer to a global catastrophe. Probability of a mistake that cannot be fixed has increased many times.
US plans to deploy these missiles directly on borders of Russia and China on foreign territory.

Putin said that Russia will attack not only place of rocket launch, but also center of decisionmaking in Washington ...

It was much better to get China to join treaty or to conclude a treaty between US and China ...

This could bring positions of US and Russia closer, but a decision was made to with draw from treaty blamming Putin for everything.

I doubt that countries of Western Europe will agree to deploy medium and shorter range missiles in their territory, but not sure about the idiots from Eastern Europe ...

The wrong US response to Russia and China may trigger a “new Cold War,” warns Stanford University’s Larry Diamond

If America frames its response to Russia and China as one of “civilizational struggle,” Diamond says, Vladimir Putin and Xi Jinping will only get stronger.

Russian rage ... Here he is right.

I think the end point will be a growing realization that the emperor Vladimir Putin and his corrupt oligarchy network around him, that they really were not close. They are frauds in terms of what they’re offering Russian society, people’s lives aren’t getting measurably better as a result, and that there is an alternative, more modern, responsible, transparent, and promising and innovative pathway for Russia to apply.

Kara, just think what this country could do if they took all the digital skills that they are using in the Internet Research Agency in St Petersburg and elsewhere to try and pervert and subvert and confuse American and European democracy and created a Silicon Valley in St Petersburg or Moscow or whatever to compete in positive ways in the global economy.

I think that there’s great potential for Russia with its scientific and technical and computer science talent ...

To compete in a serious and noncriminal way in the new global economy. So I think where this is going to end is that someday a growing proportion of Russians are going to figure this out and say, “We want a better, more genuine and more sustainable path to prosperity.”

Professor in captivity of stereotipes has nothing to do with reality.
By the way "Silicon Valley" in Russia is available.
It is called Skolkovo.

Russian rage is a wilingness to make any sacrifces and deprivations for sake of their country to make it Great.

Russian is always ready to give up life benefits for sake of country.

Those "Russians" for whom main thing is money live in Europe and USA.
In Russia they do not like them and are called shit and whores.

Russians are generally satisfed with position that Russia now occupies. A free, un occupied country pursung its own policy.
Putin has no plans to conquer Eastern Europe or Baltic states.
We have long been size of army is much smaller than in USSR.
This is evidenced by curtalment of economic ties with Baltic countries and construction of a huge port in Ust-Luga to stop transit of goods through Eastern Europe.

Only an attempt to deploy American missiles makes us remember them.