This shit was invented 100 years ago and if you give people a choice no one will learn Ukrainian.
At least in east of Ukraine.

If you know Russian you can become anyone, and knowing Ukrainian you will go to Europe to work on a construction or on plantations in Poland.

All these bastard regimes are supported and funded by US & Co.
So i would call all this national liberation strugle of Russian people ...

Thats not all ,guys!

These pigs from Kiev with help of Istanbul Patriarch invented a new Orthodox Church!

So i doubt that everything will end safely.
At least for pigs ...

I hope that everyone understood that Russia will not give up Crime and will never recogniz domination of US.

In addition Russia will in every way prevent ethnocide of Russians in Europe.

Probably it would be possible to reach an agrement with US so that they would leave us alone but they consider themselves to be an “indispensable nation” and this is a big problem.

For us this is a world superpower whose power is receding into the past.

The more people in US understand this, it will be safe for rest of the world ...

Probably someone thinks that all this is Putins propaganda ...

Well, heres info from Gallup.
Unfortunately there is no information on Baltic States.

But there is information about the bastard Nazi regime in Ukraine.

But when NATO needs a bridehead next to Russia can close your eyes to these little pranks of Nazi bastards from Eastern Europe.
Espacially since they bark in right direction ...

In the West, Russian aggression towards Ukraine is widely believed to be the primary catalyst that created the Ukrainian crisis, bringing disarray and economic collapse to the largest European country. There is no doubt that Russia plays a role in the post-Euromaidan events in Ukraine, but Russia cannot be exclusively blamed for the current situation within Ukraine.

Thus, one of the first decisions made by the newly elected officials in the Ukrainian Parliament, known as the “Verkhovna Rada,” was to repeal the law that stated that the Russian language is provided “regional status” within Ukraine. Getting rid of that significantly reduced the status of the Russian language in Ukraine, specifically with regards to its official use in matters pertaining to education, media, local government, and culture. It was just one instance of the post-Euromaidan order creating fuel for conflict.

There were others. Often overlooked during the events of Euromaidan and its aftermath are incidents that resulted in a devouring cycle of violence within Ukraine. Such events include the massacre of pro-Russian protesters in Odessa and Mariupol in May 2014 who were declared by the central government to be paid “Russian agents of influence.

Revenge will be sur to be.

Russia's already negative image among Americans only worsened over the past year, with a majority for the first time saying that Russia's military power poses a threat to U.S. vital interests and a third identifying Russia as the United States' chief enemy. Meanwhile, the percentage of Americans viewing Russia unfavorably edged up a point to 73%. Each of these negative perceptions of Russia marks a record high in Gallup's trends.

Its nice .
Better to be an enemy than a slave.

CIA has developed specific tools & techniques to help our officers think outside the box & recognize cognitive biases. Although too numerous to share them all on Twitter, here’s the first secret to enhancing your creativity:

They really think outside box! 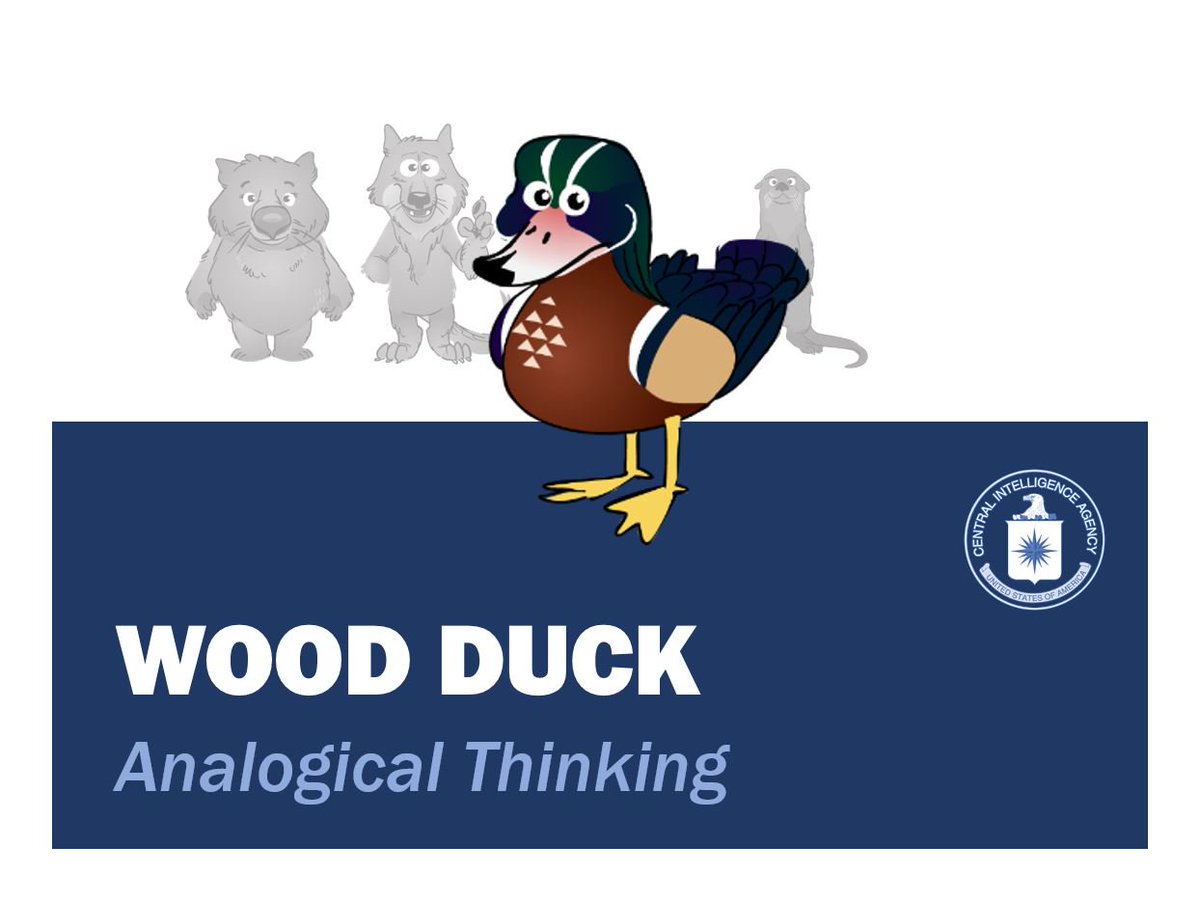 Not "analogical", but "illogical"!

Jessikka Aro was to receive a “Women of Courage” prize. Then officials read her Twitter feed.

Never criticize US if you want to get money from there!
I have never heard a word of criticism from human rights activists or fighters against Putin in Russia.

Why do they live in Russia?

In order not to lose investment!

Thanks to them residents of Western countries are always well and correctly informed about everything happening in Russia!

"Yevgeny Shabayev, leader of a local chapter of a paramilitary group of Cossacks with ties to Russian military contractors, said he had heard the number of Russian contractors in Venezuela may be about 400".

In fact Yevgeny Shibayev never served in army and did not fight, he has nothing to do with Cossacks or volonteers.

According to Fedfinmonitoring Russian “non-profit organizations” received 1 .200billion $ from abroad.

It is not prohibited . It is only necessary to publiciz this fact and recognize that organization performs the function of a "foreign agent".
Influence of these whores in Russia is approaching 0 ...

These are main experts on Russia for Western media.

Everything written is Russian propaganda.
It will end with a new "Iron Curtain".

When your leaders decide that Russia is winning information war this will happen.
Read Orwell "1984".
In Russia nothing will be prohibited.