Ukraine is a typical fail state. Just like Bosnia, Moldova and Somalia. Very well said on this subject Zhirinovsky. If you ask why you need a separate state of Ukraine, you answer so that our word "ass" does not sound in Russian.
Top

China ready to target Apple, Qualcomm, Cisco and Boeing in retaliation against US' Huawei ban: source 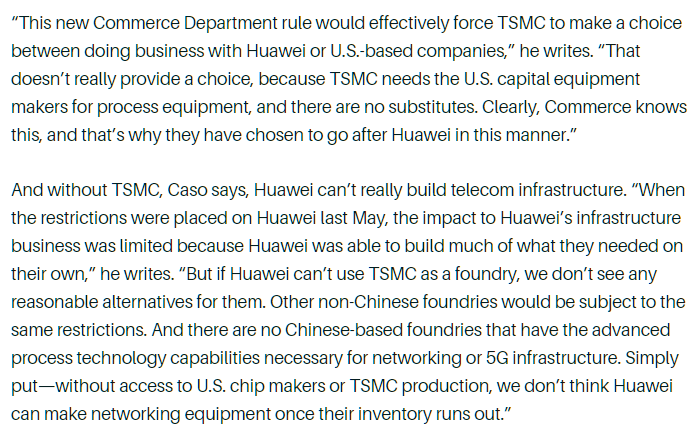 Taiwan Semiconductor Manufacturing Co. (TSMC), which manufactures processors and other chips for Apple, AMD and many other firms, has confirmed that it will build a $12 billion chip fab plant in Arizona. The company will utilize its latest 5-nanometer manufacturing technology, with the capacity to build 20,000 silicon wafers per month. As expected, construction will be subsidized by the US government and the plant will create 1,600 high-paying jobs.

World breaks up into technological zones, best thing is to do processors ourselves ...
And this work in Russia began in 2014. At any time US may refuse to sell its hightech products.
Therefore US is pushing us to cooperate with China.

Thus, China’s northern neighbor is trying to make the best out of Beijing’s rise. While Russia has its reservations about the implications of China’s new military strength and its track-record of reverse engineering foreign technologies, its interest in forming a united front with Beijing to counterbalance the West is even greater. Only one question remains: will it be this way for long?

Someone must compensate for economic recovery of global hegemon. China will most likely refuse, they wont even ask us because answer is known.
Defenseles will be robbed through imposition of discriminatory trade agrements. And who is defenseless?

New discoveries of Ukrainian history and geography for secondary schools.

“The ancient Sanskrit language is close to Ukrainian. Also, the geographical names of western and southern countries and peoples, such as Galatea, Galileans, France (Galia), Galicia in Spain or Portugal (Porto Galia), probably indicate that the ancestors of modern French, Spanish, Portuguese, Jews and Turks could come to these lands from the Ukrainian Galicia. ”

My favorite on the topic of "ancient ukrs." Igor Berkut "THE GENUINE HISTORY OF UKRAINE (142,000 BC - 1938 CE)".
Who understands the Russian language, he will receive real pleasure.
https://www.youtube.com/watch?v=yWt4LH11508&t=7s
Top

There is an excellent book by Mykola Galichanets "Ukrainian nation". There can for example read about Persian-Ukrainian wars of 514 BC. 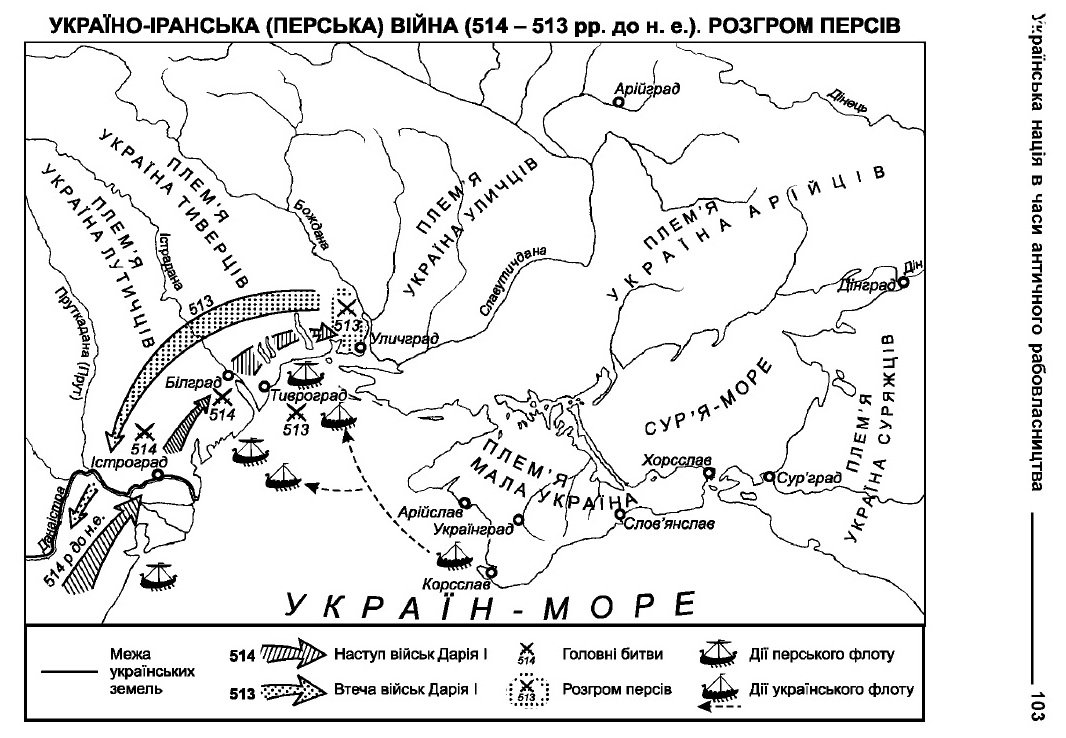 Colonization of Ukrainian ports by Rome and war with them!


One of my favorite works.

Putin: Russia is not just a country, it is a separate civilization

This is what I am trying to explain to you. We are not Europe or Asia. We are a separate Russian civilization. Like as Anglo-Saxon, Chinese, Indian, Arabic, Persian etc. civilizations. Today it was said at the highest level. This is symbolic.
Top

This new thought is at least 200 years old.

But not everyone understands this. Even in Russia, some people, especially liberals, see Russia as part of the Anglo-Saxon or Western civilization. They understood that as a vassal. This statement by Putin is a severe blow to them.
Top

There have always been and will be Westerners in Russia no matter what Putin says. Its like a gonorhea.

Now there is an active phase of the struggle against them. I think that Mikhalkov was not alone against Gref. I am sure that Putin supported his attack.
Top

And Im sure youre sick.

Strange, but nothing hurts me. About a week ago it hurt under the left rib in the evening. Doctor, can you tell me what it was? But I did not eat all day under physical exertion. In the morning everything was already normal.
Top

Your head does not work well so you did not go into army. Obsessions and lack of education.

Your telepathy is not working.
Top

I dont care, just dont litter other peoples topics with your rambling nonsense.

Our German friends should know who Herman Gref is. This is our common shame with you. He is a Russian German who dishonors the Russian and German peoples. In the future union of Germany and Russia, he should not have a place in power. This is a dangerous person. I would compare him with the young Hitler. Be careful.
Top

I also think that only those who pay taxes and have an education should vote.
A vivid example of you. From all variety of information you always choose most delusional.

"The best argument against democracy is a five-minute conversation with the average voter.”

For you, the authority of Churchill. And for me, the authority of Stalin. I hope you know how Stalin treated education. Education should be free and accessible to 100% of the population. Then, such as Gref and Gates will not be able to control the peoples of the world as a herd of sheep.
Top

Yes, education should be free and universal. However this did not help you.
You are for example an illiterate person manipulated from outside.