All the 'rumors' about the autumnal calendar are confirmed, but World Rugby still didn't release defined fixtures

The Uruguayan Rugby Union has been authorised to play matches starting last weekend. The championship will be played from August 15-16 to October 31 with 12 teams as a single round robin.

Spain: FER delays the start of the season until at least October 11th
http://ferugby.es/la-ferugby-retrasa-el ... scenario-2
Top

On resuming, there was an article in the Guardian here in the UK in which a BT Sport executive said that the next round of TV rights will see a reductions/correction in the money on offer. Looks like any reliance of ever expanding TV rights for financial planning is now over.
Top

The Belgian Rugby Association has announced that, in all probability, the Belgian league will not be able to start in October and that the BeNecup matches cannot be played in Belgium.
In view of the great uncertainty about the start of the competition in Belgium, it has been decided, in mutual consultation, to cancel the BeNecup 2020.
After the summer holidays, discussions will be held between the two unions about the set-up of the BeNecup in 2021.

The Dutch Ereklasse will now be played according to 'scenario B'. This means that in a first phase a single round robin will be played between the 16 teams.
In the second phase, the top 8 teams from the first phase will then play their return matches in a Champions Pool and the bottom 8 teams play their return matches in a Throphypoule. All teams therefore play 22 matches.
The national championship will be determined by a final match between the numbers 1 and 2 of the Champions Pool.

In principle, the Ereklasse competition starts on September 26th.
It is possible that this start date will be postponed to October 3rd.

An update about European championships start after the last news. The countries in full green are the ones where the national championship is already started 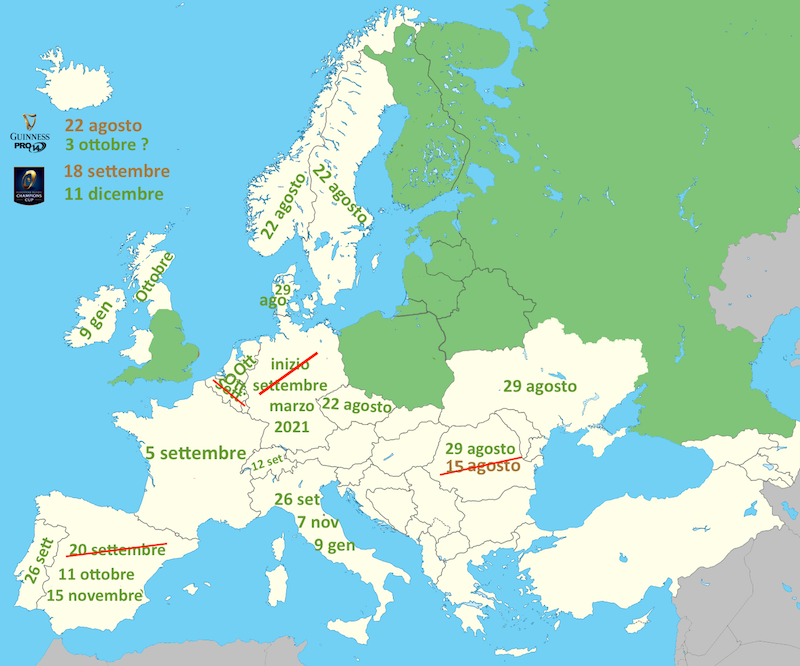 This is a list of national teams events still pending
- last round of REC (supposed to be played on Oct 31, but no confirmations so far)
- Euro 7s men
- Euro 7s women
- Oceania XV women
- Oceania 7s men and women
- RAN 7s men and women
- Sudamericano XV (or sort of, intended to be organized in September)
- Sudamericano 7s ?
- WRWC qualifying barrage between Samoa and Tonga
- WRWC qualifying barrage between Kenya and Colombia (I suppose moved to 2021)
- final Olympic qualifying tournament men's and women's (moved to June 2021, but I don't know if an official confirmation was released)
Top

Un update with some new dates. Hungary should begin on Sept 5, Belgium on October 3, Serbia in autumn (they didn't specify further), the Welsh championship in September if I have understood correctly. The x indicates the countries where I suppose there's not a XV national championship 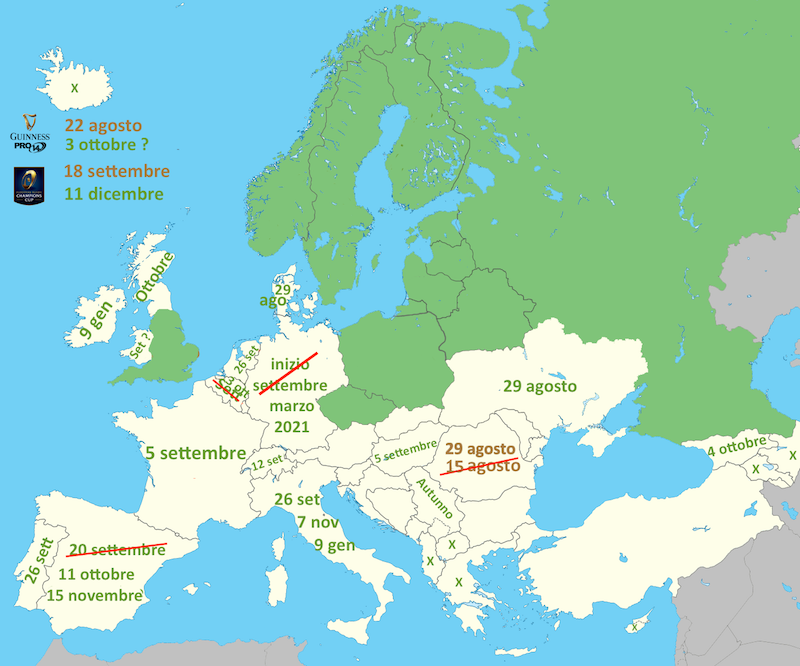 It seems to me Premiership & Top 14 are taking very different approaches to positive tests.

The Premiership isn't releasing any data (which club, if it's a player or staff) and just cracking on with overall numbers of roughly 1 case per 1,000 tests (very hard to get 0 positives with that many due to the specificity of the test i.e. false positives).

Top 14 are announcing the club and loads of pre-season games are getting called off due to these one off tests.

The Guardian was also reporting that France have no exemption for elite athletes from their quarantine regulations, which might make the European Cup impossible to play.
Top

It is increasingly likely that Spain won't restart before 2021. We are seeing many sport events called off for September and October and government hasn't a clear position on this nor other matters of bigger importance (return to schools, for example) than amateur sports like rugby.
Top

National championships started or restarted in Ukraine, Denmark and Romania
No further news so far from Italian federation, nor a calendar; and the first potential date for the beginning is far just four weeks 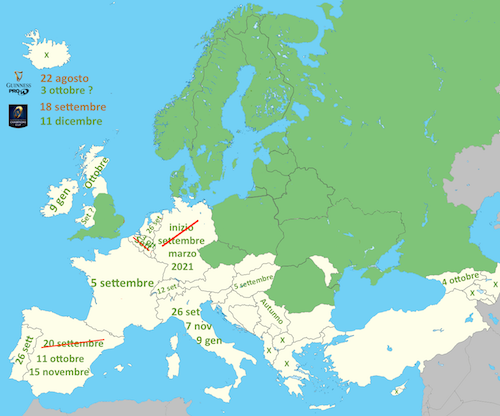 The national XV championship restarts today also in Serbia with the game Dinamo v Partizan (live below)
Instead in Croatia the national 7s championship, programmed for the next weekend, has been cancelled due to the deteriorating of the sanitary situation

Austria will not play any competitions in autumn 2020, but the clubs can hold test matches at their own risk.

Regional competitions are probably possible after consultation with the regional health authorities, depending on the number of Corona cases.
https://www.facebook.com/rugbyaustria
Top

Canalina wrote:National championships started or restarted in Ukraine, Denmark and Romania
No further news so far from Italian federation, nor a calendar; and the first potential date for the beginning is far just four weeks

I know Scotland wants Independence, but I never realised that annexing a huge chunk of the North of England was part of the plan

Every time I have to draw the borders of Wales and Scotland, or those of South Sudan in the old maps, I'm in big troubles...
Top

Canalina wrote:Every time I have to draw the borders of Wales and Scotland, or those of South Sudan in the old maps, I'm in big troubles...

You did pretty well with Wales to be fair.
Top

This saturday the Switzerland championship starts. In fact, it seems more a Geneva Lake championship... The map shows the eight teams competing in the top category
https://fsr.sportlomo.com/league/152084/ 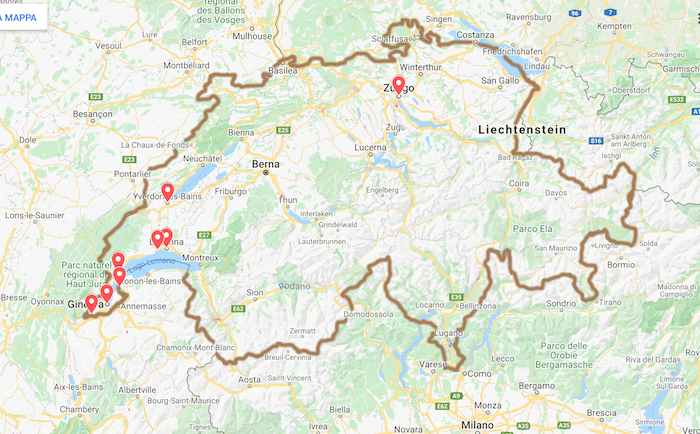