I was thinking the move of the latter may have something to do with the second last name (the spelling caught my eye) But digging a bit further I see he's not "Labuskahni" that may sound a bit Russian -pardon my ignorance if it has nothing of Russian to it-, but in fact Markus Marthinus Johannes Labuschagné. He has played some Sevens for South Africa, easier to look as Marco Labuschagné.

They both seem decent additions to the league.
Top

I wrote their surnames written in Russian in Latin. So nothing surprising

How man South African's are now playing in the Russian League? It seems like every week more Springboks are making the trip north.
Top

This is a list of foreign players last year, in addition, about 10-15 foreigners work as coaches.

is it patriotic to have so many foreign players?

amz wrote:is it patriotic to have so many foreign players?

Russia does not have so many qualified players and coaches, so foreigners cannot do without.
I know after introduction of apartheid on contrary, many white SA players were left without work.
Russia provided them with jobs, free health insurance, opportunity to live in a clean and safe city without crime and without covid restrictions ...

Are there many in modern world of megalopolis, without the homeless, street crime and drug addiction?
Cities where you can safely walk as it gets dark?

In general in Russia no one cared if a foreign specialist commands you.
Аrmy of Peter I Great for example was full of foreign officers who did not even speak Russian and soldiers obeyed them.
Main thing that a foreigner has been for you. We are Imperial nation.

Catherine II Great was German and Stalin was Georgian. No problem, main thing is your actions, not blood.

Russia is a special civilization. We are the opposite of the Anglo-Saxons. It is considered normal in our country when people of even the smallest ethnic groups retain their cultural identity, but at the same time consider themselves Russian. It's like a matryoshka. I can demonstrate with the example of Khabib from MMA. He is an ethnic Avar, in a broader sense he is a Dagestani, in an even broader sense he is a Russian. Matryoshka Avar-Dagestani-Russian.
For example, the mayor of Moscow is an ethnic Mansi. There are only 40 thousand of them. This is a kindred ethnos of the Hungarians, they used to be a single ethnos. They live in Western Siberia. And the Russian Defense Minister is an ethnic Tuvan. There are less than 300 thousand of them.
Therefore, we maintain a very rich cultural diversity. This applies not only to the indigenous peoples of Russia. Sometimes new sub-ethnic groups are formed. For example, Russian Germans. They moved en masse to Russia in the 18th century. Preserved their culture. And after 200 years, most of them left for Germany. Perhaps a large Boer resettlement to Russia will be something similar and a new subetnos Russian Boers will be formed. This is doubly interesting, because the Boers are already essentially a sub-ethnos, because they are mostly former Dutch.

In general, the Boers and the Celtic peoples are our natural allies inside the West. They have always been under the yoke of the Anglo-Saxons, but they need to be friends with Russia. This is a golden share for them.
Top

I've seen a few news on Bulava Taganrog. If I understand well, the region plans to "kill" the pro club there to move one in Rostov, maybe linked with the football club ?
Top

This movement is in one region, Taganrog is located 60 km from Rostov.

MMA fighter Grigory Ponomarev will play for Novokuznetsk.
25 years, 198 cm 135 kg. I think we will see him in national team. 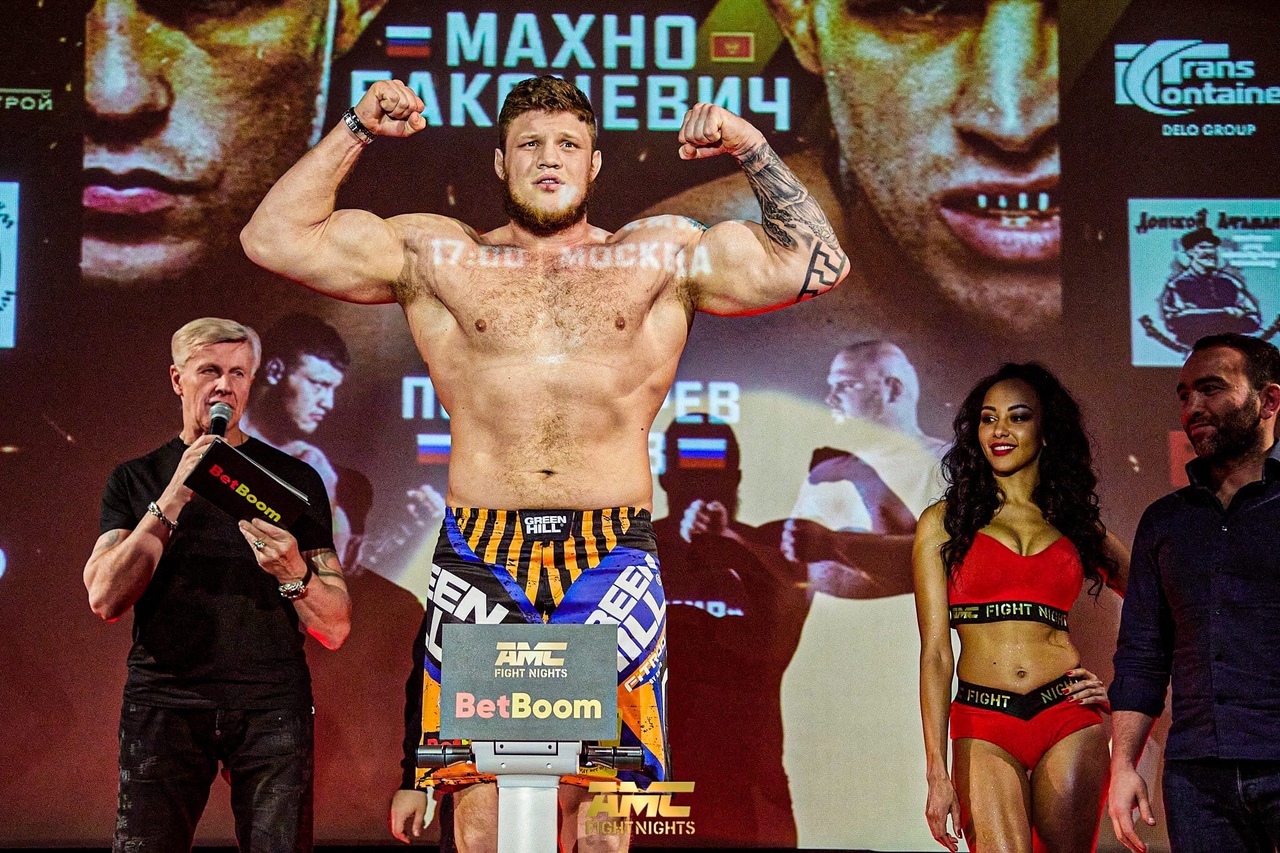 Has he played rugby before in his life? Why the change of sport?
Top

By the way, Ponomarev trained with Fedor Emelianenko's team.
It is unlikely that he once played rugby, because in his native Kemerovo there is no rugby. Russian hockey is popular there. He crossed paths with Metallurg's coaches somewhere and they invited him. Why did he decide to go to rugby? Maybe that there is a lot of competition in Russian MMA and now salaries are not very high. Perhaps he can earn more in rugby.
There have been successful examples of transitions to rugby from wrestling. Zykov, Bitiev and Gotovtsev. They all played a lot in the Russian national team.
Top

Raven wrote:Has he played rugby before in his life? Why the change of sport?

No, never played. I dont know why started playing rugby.
Zykov from Yenisei came to rugby at age of 27. 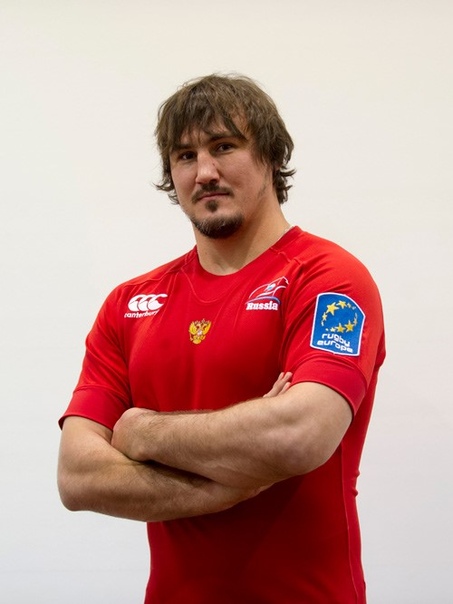 the plan must be to somehow lure Chinese into attending all matches, lol
Top

Well, hes from the Liberal Democratic Party. They are all there пиздоболы .

These idiots from Moscow want to add Khabarosk and Vladivostok to the bid RWC2027 instead of Krasnoyarsk. But they are 2 times farther from Moscow than Krasnoyarsk. With such logistics, there is no chance for RWC2027 in Russia. It is 2 times farther than Perth - Sydney. Moreover, there are no rugby traditions at all in Khabaorovsk and Vladivostok. And there are no big stadiums.
Top

Official opening of the training center of the Avangard stadium. This is the completion of stage 2 of the stadium construction. The last 3 stage is ahead - this is the construction of one more tribune, inside which there will be 5 training halls.

Grigory Ponomarev: "I will combine my career in rugby and MMA"

This week Metallurg Novokuznetsk signed a professional contract with 25-year-old MMA fighter Grigory Ponomarev. In an interview with the press service of the Russian Rugby Federation, Ponomarev spoke about his transition, combining the two sports and goals in rugby.

- Grigory, how did it happen that you decided to sign a contract with a professional rugby club?
- It didn’t happen all at once, but gradually. First, I was invited by the president of the club, Vladimir Pronin. Then the head coach Vyacheslav Shalunov invited the team to practice. I came, tried myself, and I liked it! I trained for a month, after which I signed a contract with Metallurg. The coaching staff plans to use me as a lock. At the moment, I continue to work with the team. According to the president of the club, I will be able to make my debut for Metallurg at the end of July.

- Have you already followed, tried to play rugby?
- I had some kind of concept of rugby, there were predispositions to this sport. But I certainly couldn't think about playing for a professional rugby team someday!

- In what components of the game will you need to improve now?
- Of course, I understand what I will need to work on. In the process of training, you realize this. With regard to physical strength and endurance, then there are no problems. In terms of technical components, of course, there is work to do.

- Can we say that your career in MMA is over or will you combine the two sports?
- My career in MMA is definitely not over, now everything is on the rise for me there, just for the time being I will combine. Metallurg has few games, I have fights. Yes, you will have to train almost twice as much, but exercises in rugby and MMA somewhere overlap and complement each other.

- What are your goals in rugby? Do you have a desire, for example, to be in the Russian national team?
- First you need to get used to the club, play for your team, and then we'll see. If they call me to the national team, I will not refuse. If after a couple of years you only have to choose one sport, what will it be? Let’s first, let this question arise, and then I’ll look.
https://rugby.ru/news/grigoriy-ponomare ... gbi-i-mma/
Top

Rudi Van Rooyen (2) and James Down (1 + 1) have extended their contracts with Penza.
Rudi seems to have decided to stay in Russia. He spoke about it several times.