I've read that Division de Honor risks to see its beginning further procrastinated because the Consejo Superior de Deportes refused to permit them to play without Covid tests before the matches, like Armchair too writes, and the cost of those tests is too heavy for the clubs
www.revista22.es/2020/09/el-csd-da-la-e ... ofesional/

Is this meaning that in the T2 championships already started (Latvia, Lithuania, Poland, Czech Rep., Russia, Sweden...) there are no preliminary Covid tests?
Top

Last minute news: it seems CSD, sports federations and regions have reached some sort of agreement but it will have to be approved by Health Ministry.

Canalina, do you want a totally honest answer from our POV? Spanish government is stupidly strict in some aspects just to be populist, trying to show they care even when no evidence supports their measures, while amazingly turning a blind eye on others where virus is spreading (work environments particularly). Sports could go ahead in Spain with less strict tests (doing them every two weeks instead of every week, using saliva, grouping samples...) but government so far has refused on sanitary grounds.

That said, I'm not convinced about División de Honor starting. It's a league mixing pros, students and workers. There will be COVID outbreaks. Testing won't prevent them, it will only give bad publicity. To me we should be innovative. Start by playing games within a same region or Sevens tournaments with bubble format while prioritising national team training camps with PCR tests. But nobody thinks of anything but the same old format amputated by a half or a quarter depending on politics.
Top

Honestly I have never thought about the problem of the cost of the virus tests; reading the news about the start of the various national championships in Europe I unconsciously implied that they were doing covid tests before every round but now I understand that probably they don't. Maybe with the exception of the russian championship, that should be richer than the others.
Perhaps also the uncertainty about the starting date of the various italian championships is linked to this problem
Top

Maybe a possible answer comes from Italy, even if I suspect there are other experimental tests like this in other nations: a salivar test which costs less than half of the other tests and gives a response ("certain at almost 100%") in three minutes

There are thousands of quick tests that are being developed, we have our own and other sports like handball have proposed saliva tests, but government didn't agree.

FER reached an agreement with University of Granada to test at a reduced price, 70€ each, but it's still unaffordable for our clubs if government requires testing ahead of every single game.

We will have to wait and see what the new agreement says, how many leagues are allowed to follow it (initially only top tiers) and if rugby clubs think it's affordable.
Top

CSD says their recommendation is still PCR testing (140€ each, FER reached a deal to offer them for 70€) and they will put money to subsidise them. Some regions too, but not all of them.

It's now up to Health to decide if alternatives can be considered.
Top

According to Revista Veintidós, that agreement between CSD, regions and sports federations has allowed FER to keep October 11th as the date to start the rugby season:
https://www.revista22.es/2020/09/empeza ... e-octubre/
Top

Do you know if there'a a "roof" for the amount of spectators?
In an article of some days ago I've read about possible limits of 500 or 1000 spectators per match
Top

It won't be mandatory either but strongly recommended and some regions (Andalucía) already said that they will pay a test ahead of the start of all competitions of any sport.

Canalina wrote:Do you know if there'a a "roof" for the amount of spectators?
In an article of some days ago I've read about possible limits of 500 or 1000 spectators per match

I believe there was a proposal for 1,000 but I didn't see it in the final protocol.
Top

Hey guys, I am fixing the wikipedia page for the division de honor and I was just wondering if anyone has the logo or knows where it is as I cant find it anywhere.
Top

I don't think there is a logo as such since Heineken dropped title sponsorship. This is what FER uses on Twitter: 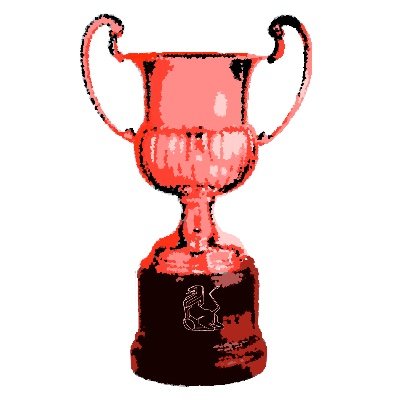 This is what they used...

Armchair Fan wrote:I don't think there is a logo as such since Heineken dropped title sponsorship. This is what FER uses on Twitter:

This is what they used...

Thanks for the reply and also, can you fact check the managers, captains and stadiums for the teams aswell.
Top

To me the biggest news are Alejandro Alonso and Diego Periel switching from 7s to XV, because Güemes coming onboard was expected.
Top

To make it clear, your Guadalajara, the original

Veintidós says Spain negotiated test matches against Chile and Uruguay (x2) in Montevideo but it looks like it will be only against Teros twice in the end before returning home and playing the REC game v Portugal:
https://www.revista22.es/2020/09/los-le ... noviembre/