Changing the spelling of surnames

"Evolve" 's meaning has a positive nuance: it means not just a change but a change to a better status, an improvement. I don't know if this is the exact meaning of "to evolve" but it's commonly used with this sense. If you used it with a neutral meaning, ok, excuse me
Top

I use Google translate. Therefore, there may be inaccurate language. It is necessary to consider the context. Western people saw what I did not mean.
Top

iul wrote:has everyone lost their sense of humor?

I'm German. I don't have humor by birth

Pushkin wrote:Where is racism? I wrote that black color can not evolve into white color.

Have you ever seen an African Albino? Google it.
No offense over this, but my first idea, when I see one (and I'm not joking here) is most of the time "Hell they do look a little bit like Russians" (we don't need to discuss it, as I doubt there is any connection, but still this is my first thought when I see one, every, single, time). 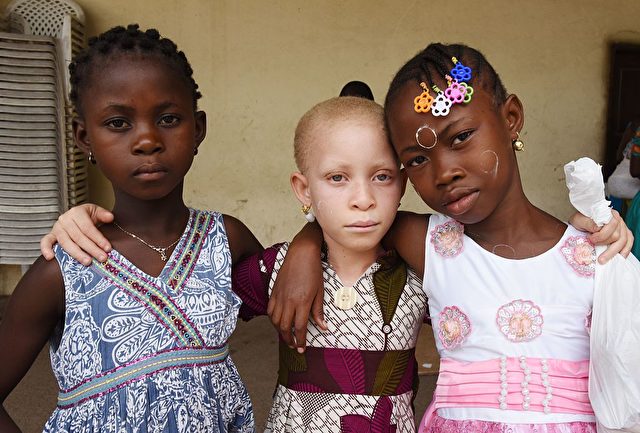 So a single gene defect leads to a girl with only black parents turning white. Do never say again "Black people can't become white".
How to grow rugby worldwide?
Look at the world ranking in July. Teams ranked 1-10 have to play one team from 11-20 (they don't play in a regular competition) away the next year. 11-20 play 21-30 away and so on. Yes, it really is that simple.
Top

By the way Black kills albinos for use in witchcraft.
Used flesh, eyes, parts of the body ...

Considering you are non-racist, you two seem quite familiar with the generalizations: "westerns do this, westerns do that, black kill albinos..."
Top

Considering you are non-racist, you two seem quite familiar with the generalizations: "westerns do this, westerns do that, black kill albinos..."

I was banned forever at "rugby forum" for "racism and homophobia" ...

There was a dispute over emigration to Europe from Asia and Africa.
My opinion was not in general trend ...

Do not you see the signals in global politics? Finita la comedia, for Russophobia no one will pay. Green light of Russia.
Top

By the way in support of this version STMKY...

STMKY wrote:Do not you see the signals in global politics? Finita la comedia, for Russophobia no one will pay. Green light of Russia.

Russophobia does not disappear because someone says so. It was built in many years, based on your politicians deeds so don't expect to go so soon. Anyway, relax, you'll be at RWC as lamb for Japan. Spain and Romania only battle for Germany's place.
Top

One of main reasons for the collaps of USSR was the lack of freedom of speech.
Many Western countris follow the same puth.

If propaganda will instead of negative about Russia tell only positive, then it will disappear. Did Romania notice the trend? Your neighbors Bulgarians already in the Kremlin asked for forgiveness

Neah, we are not in trend. We're packing ourselves with Patriot, Himars, Cobras, F-16, corvettes. Intermarium, you know

amz wrote:
Neah, we are not in trend. We're packing ourselves with Patriot, Himars, Cobras, F-16, corvettes. Intermarium, you know

That is, you are like Poland, you are making a big target from your country. Poland is a very bad example. Their history does not teach anything

This whole thing about "Anglo-Saxons" that keeps cropping up is a very misleading label, it's only really used by groups in the UK and US with agendas about racial purity.

The people of the fifth, sixth and seventh century certainly did not think of themselves as Anglo-Saxons and would not have understood the description. Migration into the UK took place in deep prehistory, throughout the Roman and post-Roman periods – a fact which the Classicist Mary Beard was lambasted for defending on Twitter in August.

Migration then continued with Viking settlement in the ninth and eleventh centuries. Dutch and European migration into England was present throughout the middle ages and particularly pronounced in the 16th and 17th century as Flemish weavers fled religious persecution.

Today, the term Anglo-Saxon is a convenient label for those opposed to future immigration. While it collectively describes some post-Roman and early medieval culture, it has never accurately described a biological ethnicity nor an indigenous people. The DNA evidence points to an integrated people of mixed ancestry who lived side by side.

Anglo-Saxon ancestry is a modern English myth – the English are not descended from one group of people, but from many and that persists in our culture and in our genes.

And the above doesn't even mention the Norman French, let alone the Scots, Welsh, Irish or Jewish.

There has to be a better label for what is really meant here, though TBH it's difficult because we are really talking about is a political group that are driving current foreign policy from Whitehall or the White House that even many in the countries themselves are uncomfortable with (as well as past actions). I guess Trans-Atlantic "Neo-Cons" isn't catchy enough though

I'm not saying that all Anglo-Saxons have one genotype. We Slavs, too, are not all the same. Russians and Poles have a single genotype, and the southern Slavs (Serbs and Bulgarians) are quite different from us genetically. Although the language is very close. And together we are Slavs. Same is the Anglo-Saxons. We can not call the residents of the USA, Canada, Australia English. Therefore the general term for all Anglo-Saxons. Anglo-Saxon Empire. Moreover, we know the plans of the Crown for the transfer of the elite from Great Britain and the USA to Australia and New Zealand.
But why do I not understand the Anglo-Saxons called Caucasians? Caucasians (Chechens, Ossetians, Dagestani, Georgians, Armenians, Azeri etc) live in the Caucasus mountains.
Top

Caucasians isn't a good descriptor I agree, but it has long been used - probably before many people thought about the confusion it causes relating to the peoples around the Caucasus Mountains.


The Caucasian race (also Caucasoid[1] or Europid)[2] is a grouping of human beings historically regarded as a biological taxon, which, depending on which of the historical race classifications used, have usually included some or all of the ancient and modern populations of Europe, the Caucasus, Asia Minor, North Africa, the Horn of Africa, Western Asia, Central Asia and South Asia.[3]

First introduced in the 1780s by members of the Göttingen School of History,[4] the term denoted one of three purported major races of humankind (Caucasoid, Mongoloid, Negroid).[5] In biological anthropology, Caucasoid has been used as an umbrella term for phenotypically similar groups from these different regions, with a focus on skeletal anatomy, and especially cranial morphology, over skin tone.[6] Ancient and modern "Caucasoid" populations were thus held to have ranged in complexion from white to dark brown.[7] Since the second half of the 20th century, physical anthropologists have moved away from a typological understanding of human biological diversity towards a genomic and population-based perspective, and have tended to understand race as a social classification of humans based on phenotype and ancestry as well as cultural factors, as the concept is also understood in the social sciences.[8] Although Caucasian / Caucasoid and their counterparts Negroid and Mongoloid have been used less frequently as a biological classification in forensic anthropology (where it is sometimes used as a way to identify the ancestry of human remains based on interpretations of osteological measurements), the terms remain in use by some anthropologists.[9]

In the United States, the root term Caucasian has also often been used in a different, societal context as a synonym for "white" or "of European ancestry".[10][11] Its usage in American English has been criticized.[12]

As you can see use for the "white" / "of European ancestry" is really a modern simplification.

But "Anglo Saxons" is just as bad. "Ex British Colonies" maybe a better term for what is implied - it's more accurate than trying to bunch peoples in those countries are so mixed in background. I mean, 30% of Americans are either Hispanic or African-American, and nearly 6% Asian.
Top

We in Russia call white people: white, Europeoids or Indo-Europeans. I've never heard of white people calling Caucasians. For us it is a cultural shock. Probably you have the same thing called our term Anglo-Saxons. Maybe. Of course, we primarily mean the Anglo-Saxon elite, which governs these countries. Even if there are Anglo-Saxons in the minority. I was surprised that there are more Germans and Irish in the United States than ethnic English. But the whole power of the Anglo-Saxons.
Top

I can kind of see what you mean, in that in the former British colonies they follow a model of government, legal systems and world view etc based on the one that the colonists took with them all that time ago. But most Britons would never think of the USA as being "Anglo-Saxon", nor even Australia and New Zealand since their independence.

Without us being fluent in each others' language it's probably hard to completely see and understand the different perspectives.

Anyhow I still think that most "ordinary" people in Russia or Britain or the USA and even China really have a lot more in common than we will realise for a very long time, more's the pity and governments are more a hindrance than a help in that respect.
Top

I agree. But there is a remark. You have an elite that has ruled for centuries. Anglo-Saxon elite. There are pluses. They give you a high standard of living. This is logical when there is continuity of management for many centuries in a row. In Russia, in fact, there is no elite. She does not have time to be born. In 1917 ordinary people came to power. For a few decades, a new Soviet elite began to form, but in 1991 again there were changes. There are disadvantages in this. Chaos development. But there are pluses. We can have a simple person come to power such as the former KGB officer, Putin. He confused all the cards to the elites of other countries and globalists.
There are also globalists who control the world in an unstructured manner. For example, the hysteria of LGBT people in the West. This is a project of globalists to reduce the population of the Earth. Many other things.
Top
Post a reply
123 posts • Page 5 of 5 • 1, 2, 3, 4, 5