Yesterday in Moscow there was a resonant accident. After Boris Yeltsin, Russia's most famous alcoholic, liberal actor Mikhail Efremov, drunk, crossed two solid lines and killed a simple worker from Ryazan. Alcohol is the real problem of Russia №1. The virus is a trifle compared to alcohol. More than 500 thousand people die every year from alcohol in Russia!
Top

The alcohol problem doesn't make the virus problem more light. A virus that may infect everyone (no one has the anti corps and there's not a vaccine) and that kills 1% of its victims (1% in Russia, many more in western Europe) is anyway a giant problem, even if confronted with an even bigger one.

Plus, I think there are some macro-differences between alcoholism and an epidemic: drinking you damage yourself but usually you don't damage directly the other people; if you become infected by the virus instead you have great possibilities to damage other people, infecting them at least while you are still not aware to be infected.
An other difference is that people enjoy alcohol, while no-one enjoys a virus; so to fight the diffusion of the alcohol means somehow to limit the people's freedom to have fun as they want, while to fight the spread of a virus doesn't limit anyone's freedom because no-one has fun on being infected.
To add also that alcohol selling was sometime prohibited in the history; the most famous example is the American prohibitionism and judging by the movies it didn't work at all
Top

If 500 000 idiots died in world every year, then Earthlings would have colonized Jupiter!
In Russia 48000 people died of alcohol in 2018, I think even less now. Alcohol consumption in Russia has decreased by about 2 times over past 10 years ...

500 thousand are official statistics. Alcohol leads to many diseases. Therefore, such high numbers. In the 90s, 1 million people a year died from alcohol. After the collapse of the USSR, losses from alcohol are comparable to losses during the Second World War (27 million people). But everyone is silent about it. Because the alco-mafia makes big money.
I do not propose abruptly introducing the Prohibition. We had a negative experience in the 80s. You need to do this in several stages. I believe that at this stage we need to copy the Scandinavian experience in this area. This will reduce the availability of alcohol. Now anyone can buy alcohol in 2-5 minutes from their home. And it’s very cheap. It is not normal. Alcohol should not be sold at grocery stores. This is a big deception of people. It should be sold in industrial areas where varnishes, paints and various chemicals are sold.
Top

In Russia approximately 1 500 000 - 1 900 000 a year dies of all causes. If 500 000 die from alcohol, then either you are a complete idiot or half population in Russia are alcoholics.
I gave you official statistics and you continue to write numbers sucked from dick.

Actually, yes. Approximately 50% of Russia's population are alcoholics to varying degrees. I believe that the Scandinavian method can reduce this indicator by 2 times within 10-15 years. After that, you can start a discussion about the complete ban on alcohol. When we will have most people are will be sober.
Therefore, I say that, compared with the problem of alcohol, all other problems are microspopic. For Russia. I think that about the same situation in Germany and Italy. But there people do not even think about it. They have been drinking for centuries in a row. In Russia, people began to massively solder only after the death of Stalin.
Top

I would send you to work as a professor of Russian studies at one of American universities in order to inflict maximum harm on education of students of our probable adversary's country.

This is all easily verified. Do not you know that before Khrushchev in Russia, only a few percent of people drank alcohol? Watch a movie of the Stalin period. You will not see how people drink vodka and smoke cigarettes. There may be a few exceptions. And watch a post-Stalinist movie. All the most famous films under Khrushchev and Brezhnev show how cool it is to drink alcohol and smoke cigarettes. And now we see the consequences. The people who grew up on these films consider alcohol and tobacco our cultural tradition. They were simply brainwashed with the help of a movie.
Look at the 5th principle of Global Manipulation. The weapon of genocide. There is about alcohol, tobacco, other drugs, GMOs and vaccines. Now we have access to any information that only higher castes previously knew. How do they consider themselves.
Top 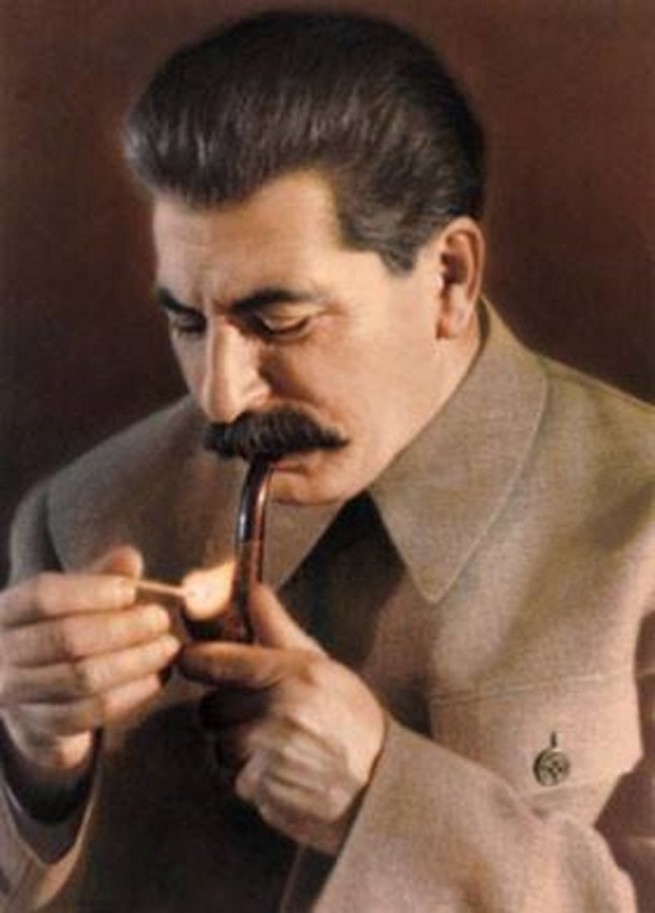 So I wrote that there were exceptions. But even in this video in 1939, it is 100% incomprehensible that it is wine or juice? Moreover, they do not even drink in the frame. There are no drunken speeches or anything like that. This is not like movies of the 60s and 70s. Where they stupidly drink and speak in a drunken voice.
Top

You have an amazing property of body! You can crap any topic!

The 22 states where COVID-19 is on RISE: Worrying new figures show uptick in infections across mainly southern states - and impact of mass protests has YET to be seen

I found an old video by Andrei Fursov about Bill Gates. This is 2013 year.
Top

Actually, Fursov is a very respected historian and publicist in Russia. In addition to Russian universities, he worked in the USA and France.
Top

So Brazil seems to be the newest hotspot. Like in the USA having an idiot as the president doesn't help.
What shocks me the most is that they made 1,628,482 tests as of yesterday and came out with 928,834 positives. More than 50% positive is unbelievably high. Death rate with 9% of dissolved cases within the normal statistic.

Source: https://www.worldometers.info/coronavirus/
How to grow rugby worldwide?
Look at the world ranking in July. Teams ranked 1-10 have to play one team from 11-20 (they don't play in a regular competition) away the next year. 11-20 play 21-30 away and so on. Yes, it really is that simple.
Top

How many people have REALLY died of Covid-19? Review of excess deaths in 27 nations says the number of victims is nearing 600,000 — even though the official number is just 450,000

Nikita Mikhalkov continues to pleasantly surprise. Announcement of the next Besogon TV program. He named the new program in German «Ich/Wir Besogon». He said that the topic will be about the virus. Apparently he will talk about the processes in Germany as well. We wait.
Top

This is what can happen if a country opens too soon. 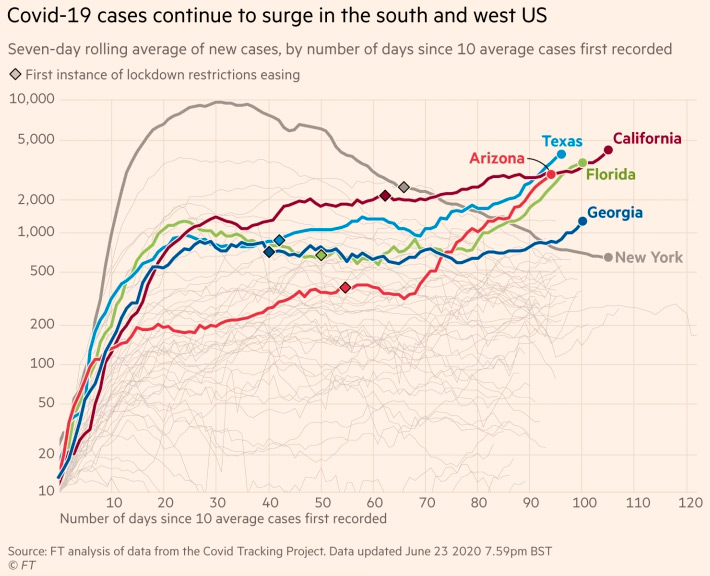 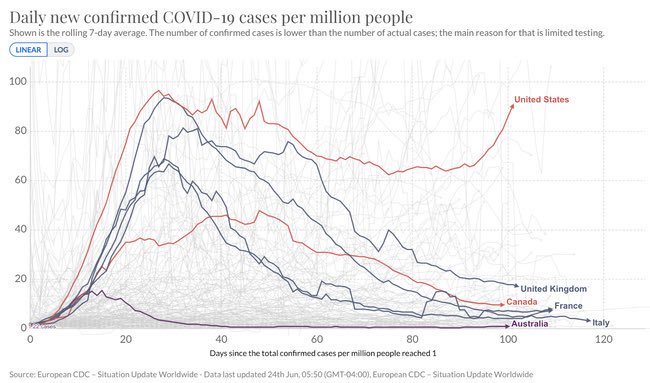 More than 200,000 persons have died in Western Europe more than in the past years in the frame from middle march to June 17, according to a research.
The current number of Covid deaths in those countries is around 175,000, so it seems the epidemic causes more fatalities than those officially recorded

But Prime Minister of Kazakhstan asked for help from Russia.

Here is what an eyewitness from Kazakhstan writes. Google translation

In fact, the situation is difficult, as the quarantine was removed, the Italian scenario began. Hospitals are crowded, patients are not admitted, the line is from ambulances at the gates of infections, in which patients die without waiting for help. Especially hard in the south. The picture is terrible, you go and in all pharmacies there are lines, in the treatment rooms there are also lines. Paracetamol is not found. There are no tests either, they say in the clinic they are ill at home, do not go anywhere.

Who doesn’t ask everyone is sick, I also had a serious illness, still have strange sensations in my chest. Today I received the result of an analysis for antibodies - negative. Every day, the news is that someone died with pneumonia.
The most interesting thing is that according to official statistics, a sharp surge in pneumonia - 7.1 times, they do a PCR test for antibodies, and they are negative.
As a result of my service, I see all calls for an ambulance, about 2 thousand calls on average, growth began on May 27 and a surge to 20 thousand on June 23, then 10 11 16 thousand fell slightly, yesterday a record for the city was recorded in 23 thousand.
Officials are leaving for sick leave, there is no one to work, the president said that his instructions to combat KVI were failed, he reprimanded everyone. New Minister of Health (Korean) appointed. It was he who at the first meeting said that the situation is bad, you need to ask help from neighbors.