Britons surveyed must have been in London. They still believe in globalism and want Britain to be in the EU.
Ask people in the towns and they will more likely prefer Trump or not care.
Top 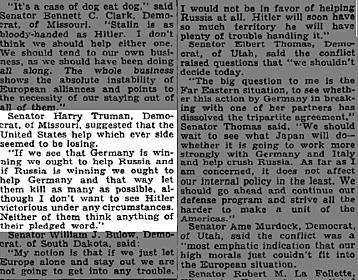 Europeans are idiots. Do you like being targets for Russian nuclear weapons? Trump will destroy NATO and withdraw all American troops and nuclear weapons from Europe. You will become more sovereign subjects of global politics. Nobody will be able to impose on you millions of migrants from Africa and Asia as in the last decades. You will have a chance to survive as French, Germans, Italians ... as the whole world knows you. And not multicultural Europeans without certain cultural and ethnic characteristics.
Top

STMKY wrote:Europeans are idiots. Do you like being targets for Russian nuclear weapons? Trump will destroy NATO and withdraw all American troops and nuclear weapons from Europe. You will become more sovereign subjects of global politics. Nobody will be able to impose on you millions of migrants from Africa and Asia as in the last decades. You will have a chance to survive as French, Germans, Italians ... as the whole world knows you. And not multicultural Europeans without certain cultural and ethnic characteristics.

You do know that these Europeans knowingly sacrifice their identity because they believe the alternative is war between France and Germany. They fear themselves and eachother more than anything else. They don't trust themselves to be responsible for their own security. I could say more but I have said enough.
Top

Well, that means there will not be Europe in 50-100 years, but there will be a European Caliphate consisting of new peoples like the Marseilles Arbers and Turko-Alemans.
Top

Europeans will probably fight among themselves again or unite and attack Russia without US occupying forces.
So main thing that interests Russia at moment is non deployment of American missiles in Europe...

A new plan of the Anglo-Saxons for a big proxy war against Russia is now being seen. As in the 30s they created German Nazism, now they are creating Turkic Nazism. This is an explosive mixture of the ideologies of Turan and Islamism. Moreover, MI6's ears are clearly sticking out. But the Turks are not Germans, we will crush them very quickly. And the Anglo-Saxon elites will not hide in New Zealand and Australia. How they plan. Hypersonic missiles will reach them anywhere on our planet.
Top

Vova12 wrote:Europeans will probably fight among themselves again or unite and attack Russia without US occupying forces.
So main thing that interests Russia at moment is non deployment of American missiles in Europe...

Of course they will. When the veterans have all died they will fight again.
Top

This song will be very relevant soon. One should always remember Bismarck's words about the Russians.
Do not expect that once you take advantage of Russia's weakness, you will receive dividends forever. Russians always come for their money. And when they come, do not rely on the Jesuit agreements you signed, supposedly justifying you. They are not worth the paper they are written on. Therefore, it is worth playing with the Russians either honestly, or not playing at all.
Top

No wonder US Post lost hundreds of thousands of sent bulletins ...

Valery Solovey is an idiot. He makes up his news from his own head.
Putin will leave in 2024. We will have a new president.

I think that Russia benefits from Biden. Perhaps he will not remember our existence ...

Euronews: 57% of Muslims in France under 25 believe Sharia law is more important than French law.
Europe has already passed the point of no return. If they want to save their identity, now they have to do very dirty things. In this regard, I recall an anecdote.
Frankfurt am Main, city bus. A company of 5-6 young Turks sits and quite loudly discusses the demographic situation in Germany ... they say "in such and such a city of ours there are already so many hundreds of thousands, and in such and such a city so and so", "but we are already here several million! How cool we are settling this Germany! Yes, we will soon all
Germans will survive from here! ", etc. ....
The bus is approaching a stop, a grandmother gets up from her place ... A typical German grandmother - a cane in her hands, neat clothes, gray hair styled in her hair, strict facial features, blue eyes ... Grandmother moves to the exit, on the way she stops near the company Turks
and calmly says: "And once in Germany there were 6 million Jews ...". The bus stops, grandma gets out ... THE CURTAIN ...
Yes, Europe has a very dangerous fork. Or the European Caliphate. Or a tough right-wing ideology in relation to migrants.
Top

Putin is not going anywhere. He is in the prime of life for a politician. He will rule Russia for another 15-20 years. Okay, I'll tell you a secret. We will have a reformatting of the state from 2024. There was the Russian Empire, then there was the Soviet Union, now the Russian Federation. And in 2024 the Union State will be created. It will be created by Belorussia and Russia. There are a lot of pluses. Both economic and political. This will allow us to play out the negative after the collapse of the USSR. I will not give details. But the Anglo-Saxons understand this and really do not want the implementation of this project. It's not about returning to the borders of the USSR. We don't need this. It's about sovereignty.
Top

This "secret" has been around Inet for a long time.

If the EU had a presidential election like what the US has I probably wouldn't have voted for Brexit. Also some sort of European Games. I love a sports tournament.
Top

China is not at all interestd in a conflict with America. He wants to sell his goods in US. Therefore unlike Trump, Biden, or rather those who are behind him, can come to an agrement with China. And also to build a line of their lackeys.

And then life in Russia will become truly interesting and eventful!

Code: Select all
Host Anderson Cooper asked, “Do you believe Russia is an enemy?”

Biden responded, “I believe Russia is an opponent, I really do.”

Biden criticized Trump’s record on China compared to the Obama administration’s, and Cooper followed up on whether Biden sees China as “an opponent?”

Biden responded, “I view China as a competitor, a serious competitor. That’s why I think we have to strengthen our relationships and our alliances in Asia. … We’re going to abide by international norms. That’s what we’re going to do and insist that they do.”

The number of voters has increased by 16 million. That's quite incredible when you consider what they had to choose between. It is almost unbelievable.
Top

I think that Pompeo account has been hacked and this is written by Troll .

The @OSCE
Moscow Mechanism report details rampant abuses in Belarus related to the fraudulent August 9th election. We call for an end to violence against peaceful protesters. Belarusians deserve the right to determine their own path through free and fair elections.