They want to take all this from us. With periodicity of 100 years, Europe is going into a big war against Russia. They are doing everything so that one day Russia will destroy Europe under zero.
Top

In our forests can sometimes find huge stones. In our Tver region these stones are also found. Glacier has reached Valdai Upland, i live here ...
These are stones that glacier brought from afar .. 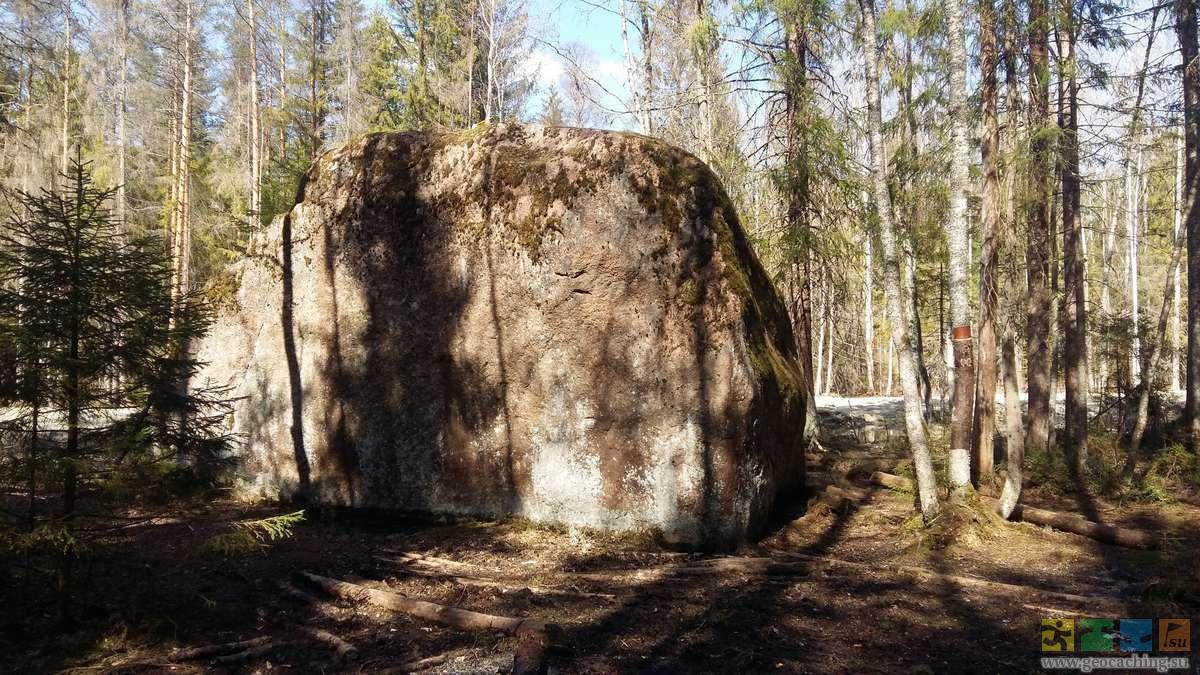 Ice Age ended relatively recently 12-13000 years ago in total, only after that did Mediterranean civilization begin ... And who knows what will happen next? 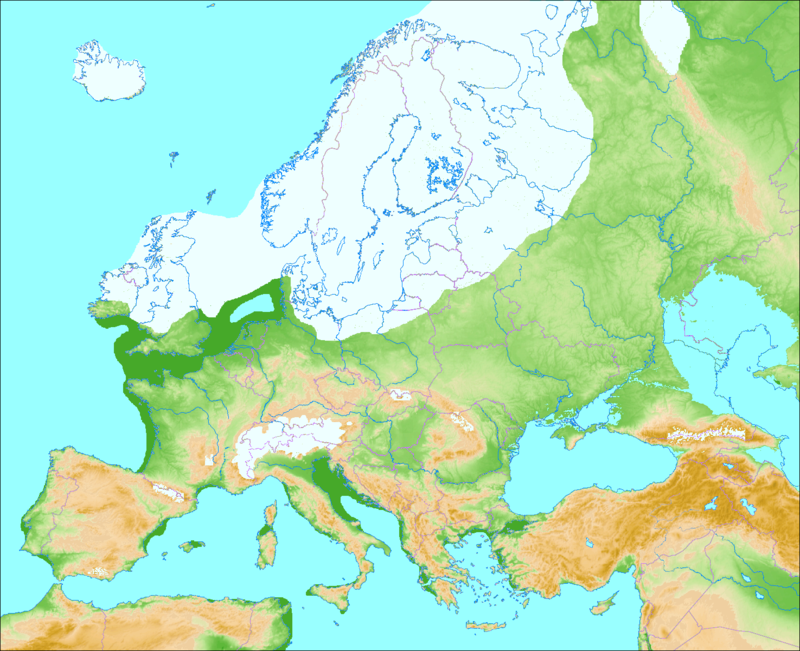 STMKY wrote:They want to take all this from us. With periodicity of 100 years, Europe is going into a big war against Russia. They are doing everything so that one day Russia will destroy Europe under zero.

It was only our tsars and communists who modernized Russia by exploiting their own population. Russian peasant carried it all on his shoulders. All this was paid for with his blood. He grew bread and fought. 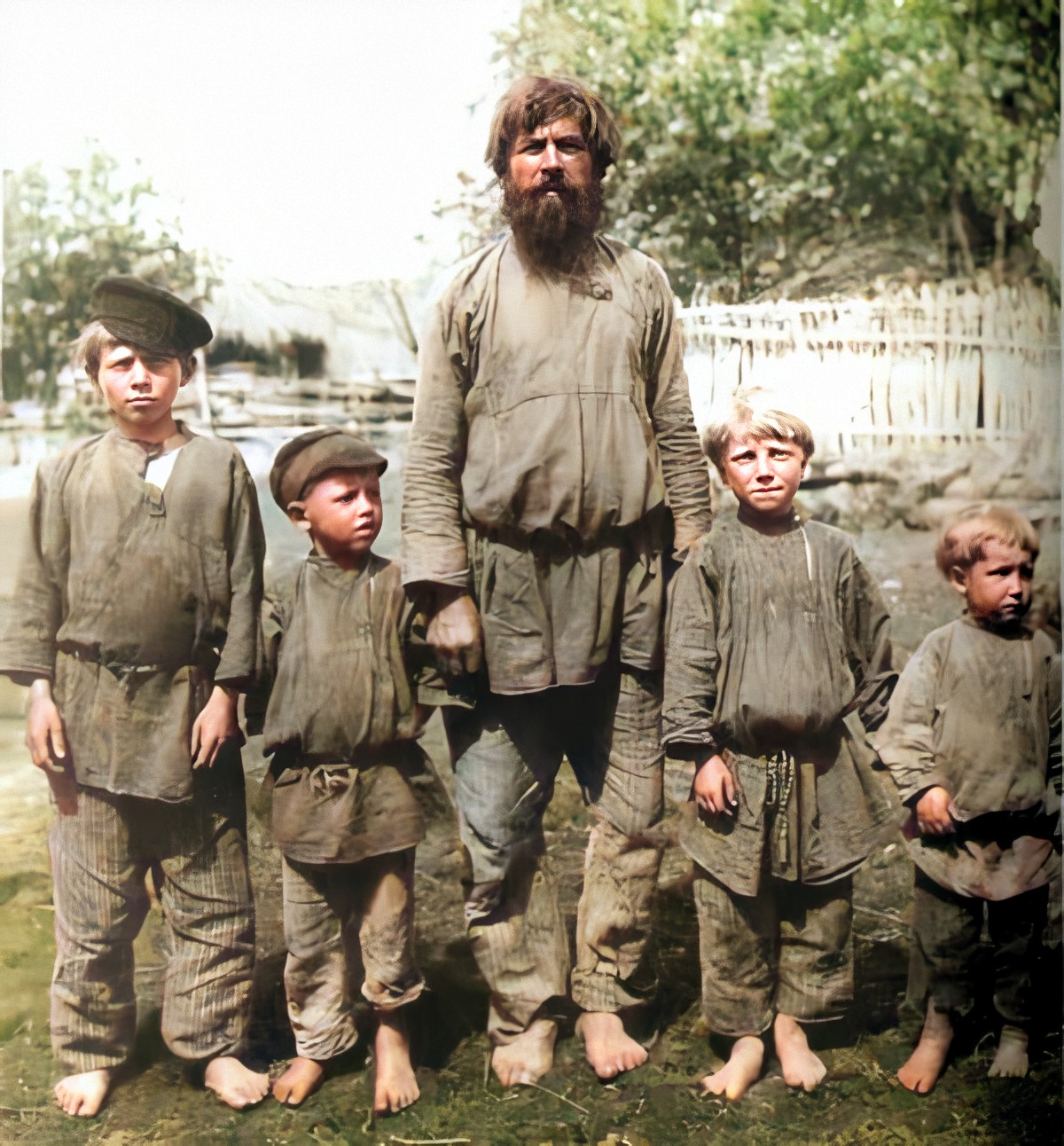 West simply robbed others. India, China ... These were leaders of world GDP and they were robbed and deprived of development. After collapse USSR they had to rob us and they robbed us, but fortunately we quickly recovered ...

West now urgently needs to rob someone so that standard of living does not decrease, but it will definitely not be us.

We had to degrade completely after which West would decide what to do with us further. We were simply written off.
They just dont know us well and dont understand us at all.

Hitler also thought that after 1 world war, civil war and flight of countrys elite abroad campaign to east would be easy and destroyed country could easily be defeated.

So State Department isnt only one to underestimate us.

Putin responded to Biden's insults. Note that he said that "we [Russians and Anglo-Saxons] are different people and we have a different genetic, cultural and moral code."
Remember what I wrote about haplogroups R1A (Slavs) and R1B (Anglo-Saxons). Putin certainly knows about the war of many thousands between these haplogroups. He answered very deeply. No wonder he mentioned the well-known Indian genocide in North America. But there was also genocide of the ancient population of Europe about 4-5 thousand years ago, when R1B got there through Gibraltar. And they began to destroy everyone. The R1A were forced to retreat east. Other haplogroups went to the Balkans and Scandinavia.
Top

They will not be able to rob Russia, China or India. Therefore, the Anglo-Saxons want to plunder Europe. If in Europe (Germany and North Italy) they are not completely idiots, then they will ask for an alliance with Russia. France has almost no chance. They have huge problems with migrants, so they will become colony of Anglo-Saxony. There will be many small states, including Islamic states.
Top

I dont care. Europe i love fits in my bookcase.

Europe invaded us many times. It was not only Hitler, Napoleon of French had only half of army, rest were all from Spain to Poland.
Explain to me why in Orthodox churches to arrange toilets and stabls?
Alexander I ordered not to open churches so that people would not see this and would not take revenge!
I dont want to talk about Hitler at all, it was just a mass extermination of people, not only Jews...

Well, when our troops came to Paris and Berlin we didnt respond in kind.
Because we are Christians, we have forgiven our enemis.

But Indians, Chinese, Asians and Africans are different, they remember everything and they will not forgive.

Previously West(Russia by the way too) had a technological superiority over rest. Now everything will be other way around.

Lets see if tolerance and gender diversity will help much against religious fanatics ...

West will no longer have such a convenient enemy as Russians. Your can of course write about eternal aggression of Russia but fact is that Russia has never invaded Europe first. Russia came to Europe in response to aggression from Europe.

Оnly exception is Stalins invasion of Finland. Well, maybe Ivan "Terrible" and Livonia in 16 th century. All other wars are only within European coalitions.

For many centuries Russia considered itself a part of Europe. And now your will be confronted by those who do not consider themselves Europe ...

Come on, maybe nothing will happen. I just a former alcoholic living in middle of woods by lake and could be wrong.
Perhaps worlds aborigines will again change island of Manhattan for glass beads ...

The Russian people have never considered themselves part of Europe. We have our own civilization. But our elite is another question. They were very often pro-Western and betrayed our people.
Top

If Tsar Alexei Mikhailovich and Peter I Great had not started modernizing the European model in 17-18 century then we would have met 19 century with irregular local cavalry and archers - traders from Meat Row and were same insignificance as Ottoman Empire ... 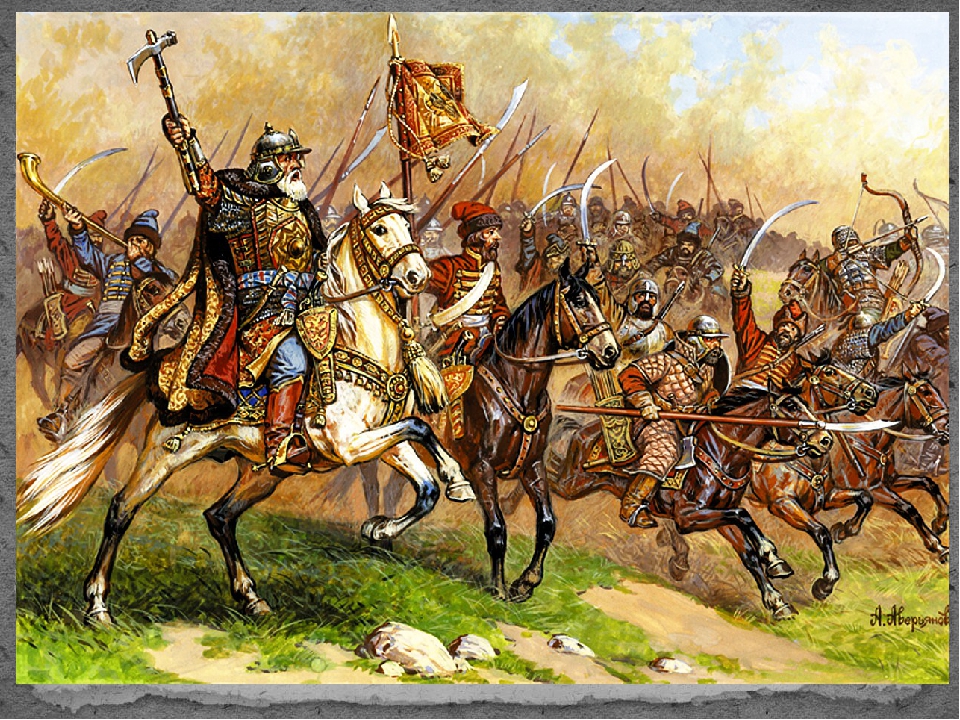 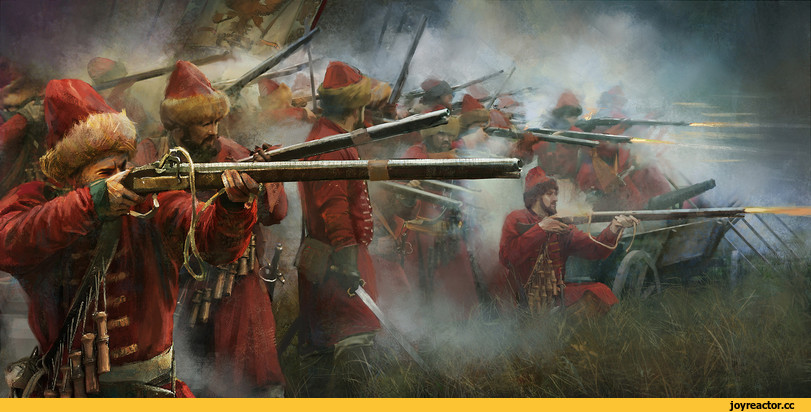 The West dreams of putting a puppet like Gorbachv and Yeltsin at the head of Russia. Something tells me that we will not want save France. The maximum will give shelter to a couple of three million white Frenchmen. And let the rest turn into chaos and different principalities of the Caliphate type.
Top

Study was conducted by Levada Center, a foreign-funded organization.

This is manipulation. In such polls, a lot depends on the wording of the question. If you want an objective picture, then the question should be posed this way, because we are talking about civilization, and not about geography. I am sure that many of them answer from a geographic point of view.
What kind of civilization do you consider Russia?
1. European.
2. Asian.
3. Russian.
There will be completely different numbers.
Top

I read foreign press.
What can say ... They write all sorts of nonsense. Nobody heard main thing.
Although this was told by Putin to tens of thousands of people and shown on tv.
Russia will not allow to use against itself Russian territories obtained by limitrophes after collapse of USSR.
Recently American B-52s flew over territory of eastern Ukraine in imitation of an attack on Russia.
Russia will not allow to have any NATO bases on Russian soil. Russian land where it is forbidden to teach children in their native language, where village Nazis terrorize local population deprived of voting rights will return to Russia. Played and thats enough.

"... black wings do not dare to fly over Motherland, enemy does not dare to trample its spacious fields ..."

Ukraine will remain in a reduced form. True, Poles can remember about Lviv ...
This is marching song of Polish army.

We are going from Warsaw to Vilna, we will see our old Vilna, and from Vilna road is already ready, it leads straight to Lviv!

If the Polish elite were not anti-Slavic / anti-Polish and lie under the Anglo-Saxons and the Vatican. Then Poland would receive from Russia a large chunk of territory, including Lvov. But their elite has always been puppet and did not know how to choose allies.
Top

Greatest gift to Poland was made by communists, without Stalin they would never have received these lands.

US&Co promised not to expand NATO to East, so USSR withdrew its troops from Europe. But since we were deceived Russia will also not stick to results of end of Cold War.
This is what Putin is talking about. Based on this Crimea was returned.
Decision to expand NATO to East was made in 1994 so there can be no talk of any "aggressiveness" of Russia.
Oncontrary NATO in 1999 committed aggression against Yugoslavia and in 2003 US&Co attacked Iraq under a false pretext.

We have spring, during day the t is constantly above zero. My gas boiler is broken, its good that there is no frost and a fox comes to me from forest. I leave her chicken bones ... I saw only her footprints in snow. 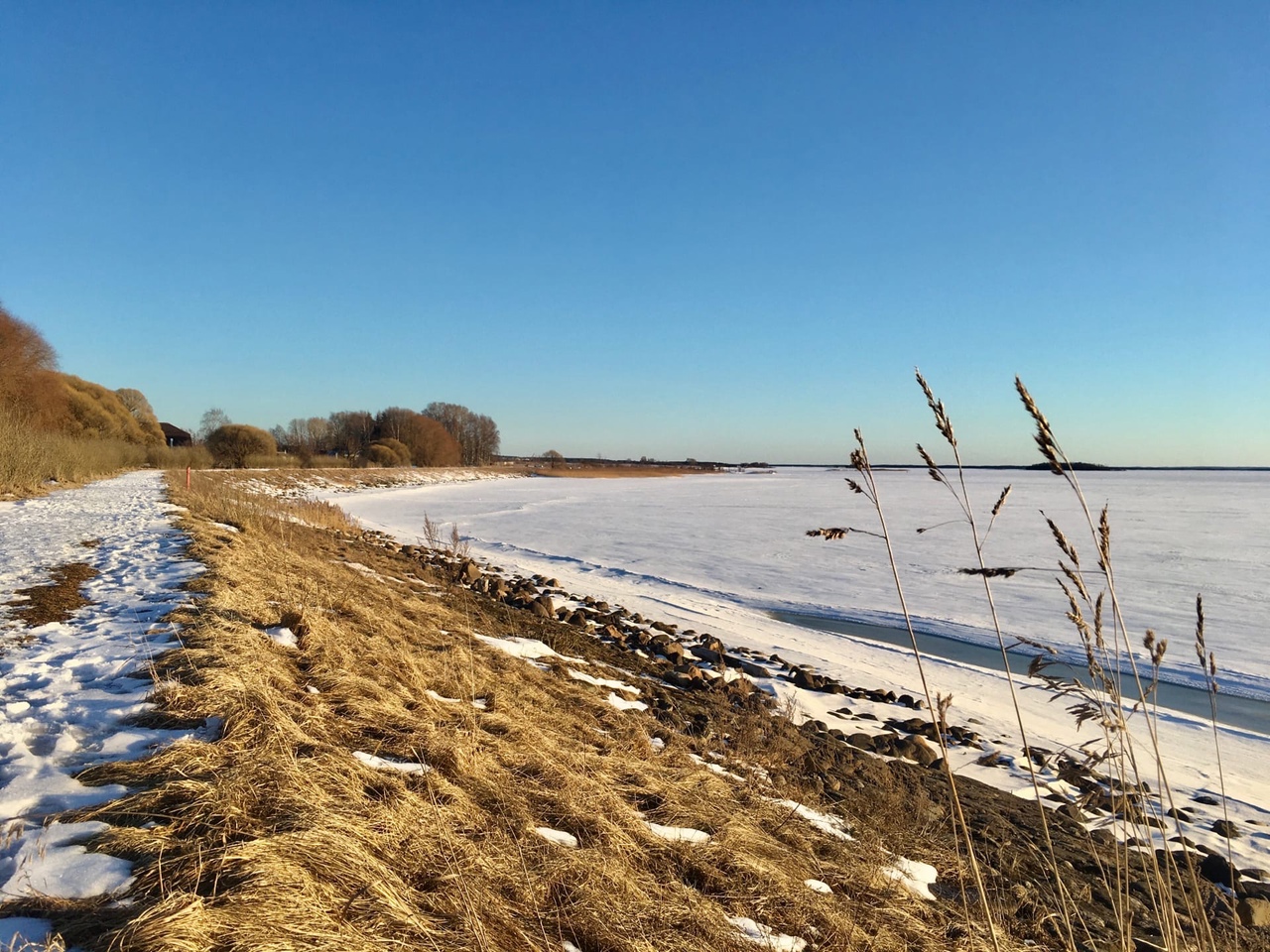 Сan live without a gas boiler, but its inconvenient. In addition to it, i have a wood burning stove, an electric fireplace and heaters ... But of course it needs to be repaired, i have been without a shower for second day already ...In additioni have grown a beard and hair like frontman of heavy metal group from 80s.
All this is very different from life in city, but i really like it all ...