So, are we watching ? who are you supporting ? These are the teams i'm thinking of supporting. Haven't made up my mind yet. I'll wait for the first round to finish before I pick one team.
A. Romania
B. Wales
C. Ukraina
D. Croatia/Chzech
E. Belgium
F. Iceland
Don't Pray For Easy lives, Pray for enough Beer!
Top

I will, of course be supporting Italy but I will be keeping an eye on England, Wales and the Irish teams and my love for the underdog will be satisfied with Iceland and Albania.
Top

fullbackace, you're losing your time with Romania's team, is far from what it used to be.
Top

fullbackace, you're losing your time with Romania's team, is far from what it used to be.

Similar, think the last game I saw was just checking in and out when Germany were destroying Brazil in the play offs, because I couldn't believe that there were actually points being scored in a game of football!

In each group, I'll be supporting France (because I like their rugby team), Wales (because the people in Northern Wales were just lovely while I was there), Northern Ireland (because no one expected them to qualify), Croatia (because a good friend of mine is Croatian), Italy (because my dad is Italian), and anyone-but-Portugal (because it will piss off some of my co-workers

fullbackace, you're losing your time with Romania's team, is far from what it used to be.

They are underdogs. I always support the underdogs. And since the king of underdogs isn't playing(netherlands) I'm picking others.


Edit: France 2:1 Romania, They did quite well, Good hard working team. They no longer have those stand out performers like Hagi or Mitu but they are not a pushover.
Don't Pray For Easy lives, Pray for enough Beer!
Top

Now I read about fans clash with police in Marseille.

I hope Russia will be deprived of the right to host the 2018 World Cup.

This shit in Moscow do not need ...

Without us neither Brawl can not happen .

England and Russia should be Disqualified, Their teams are a Disgrace and their fans even worse.
Don't Pray For Easy lives, Pray for enough Beer!
Top

fullbackace wrote:England and Russia should be Disqualified, Their teams are a Disgrace and their fans even worse.

And take away our World Cup 2018, residents Moscow do not need .

Now I read in Russian comments of the fight.

With the did not want to fight, fight started because of the fact that Englishmen were shouting insults.

They come to fight with the Poles.

fullbackace wrote:England and Russia should be Disqualified, Their teams are a Disgrace and their fans even worse.

The teams are not a disgrace, only (some of) the fans.
Top

Where this sport is these days is a reflection of its corrupt leadership and tolerrance of excesses.

Russian supporters should be expelled from France. They come with all kind of weapons (chains, iron bars etc.) and attacked unarmed English supporters. It's also suspect the liaison between Russian ultras and Magrebian bands from Marseille, something worth to be fully investigated by anti-terrorist structures. Yet, a press full of useful idiots only blame English supporters.

World Cup in 2018 will be such a fiasco, I don't see sane people to travel to see an event marked by corruption, doping, violence, homophobia and racism.
Top

Show me a photo or video of weapons from Russian fans in France.

However UEFA has opened disciplinary proceedings against Russia, but against England not opened.

It is clear who trashed Marseille))) Despite the fact that Russians was 10 times less than the British.

I think in the future we will be accused in the death of Princess Diana in a volcanic eruption in Iceland ...

How the hell is it rugby, a game which is far rougher, has better behaved crowds than soccer? And when the hell did Euro expand to 24 teams?
Top

Ireland just play one rugby test a year in Belfast...

And when the hell did Euro expand to 24 teams?

Ukrainians write that they were attacked by the Germans. 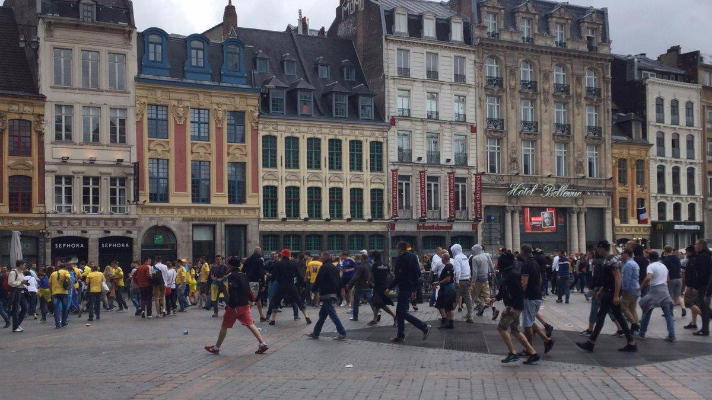 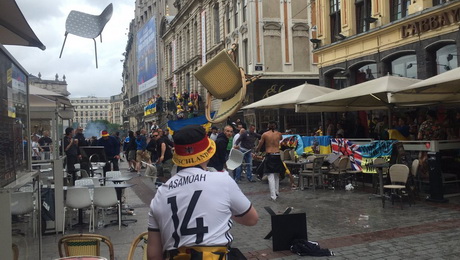 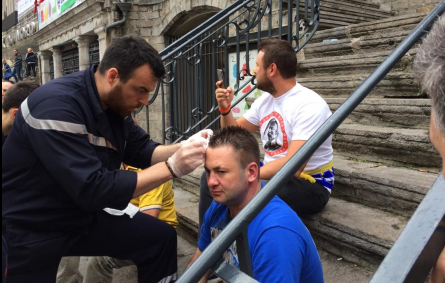 If the French police exist in nature that it will have a lot of work.

What an interesting Chempionat Europe!

All journalists from the Russia false propagandists Putin , you do not believe them ...

With regard to this article.

I do not agree in one.

I was familiar with a few guys. For these guys were heroes English hooligans' 80s, they read books Doug Brimson, dressed in Londsdeyl, we watched the film dozens of times "Green Street Hooligans".

They wore British symbols, such as fans of "Spartac" - the red color of "Liverpool" and "Dynamo" - "Chelsea".

This is not a fight hate, is an attempt the student to show the teacher what he could achieve.

They went to fight with the Poles, they really hate ...

Russia and Europe went their separate ways, and I like our way more ...

British hooliganism is old news, yes you get the odd flare up but the majority of incidents are drunken yobs, not organised gangs. That went out of fashion in the late 80's early 90's. Some people mature and grow up.
Top

Sables4EVA wrote:British hooliganism is old news, yes you get the odd flare up but the majority of incidents are drunken yobs, not organised gangs. That went out of fashion in the late 80's early 90's. Some people mature and grow up.

I look at modern Europe, and I think that it would be better not to grow never ...

@Vova, I don't understand that you, a supposedly rugby fan can find any type of excuse for those hooligans.