The fixtures have been published today http://www.rugbyeurope.eu/group-260.htm
Obviously I hope that this tournament will have long life and that, one day, women rugby 7s will have also U16 and U14 international tournaments, like many other team sports.

Live streaming? I asked Rugby Europe via twitter and they said that a response about will be communicated two days before the tournament, id set more or less next thursday

The location seems nice, an university field in the middle of the green hills of Liege 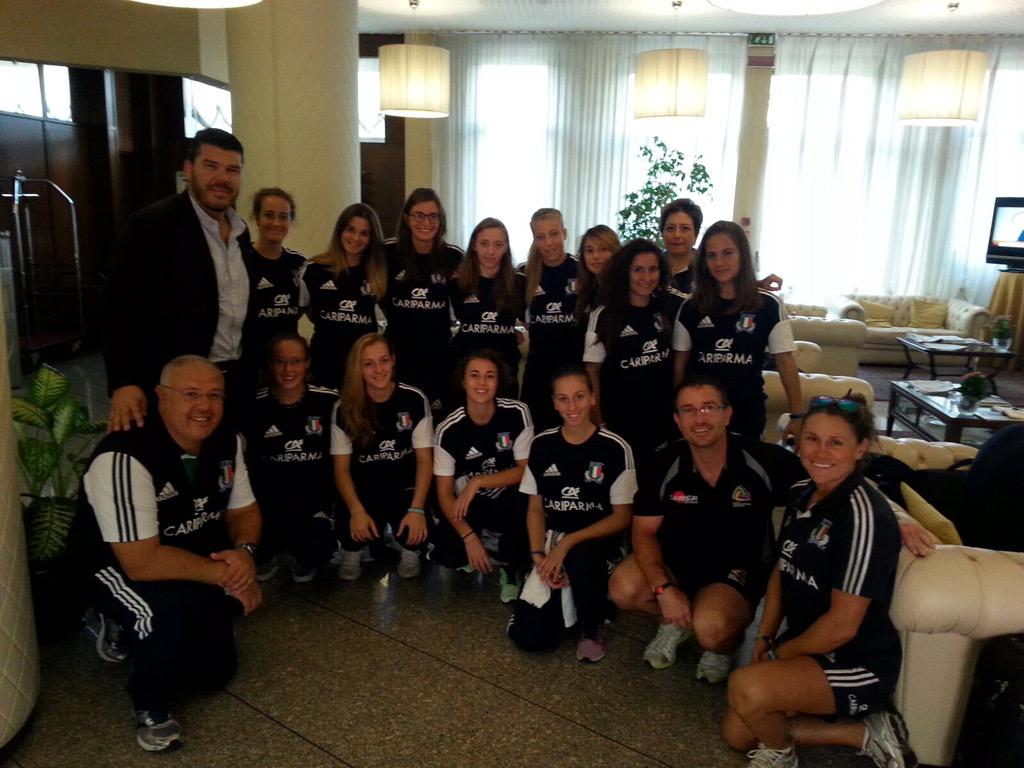 The Belgium Federation sent me a different program.

Same games but not the same order.

Dutch squad. Kievit has recently played regularly for senior 7s team. Not sure why Van Helvoort's name is copyright. It probably means she's the captain.
Top

It seems there will be no streaming, unfortunately. One good source for the scores could be this https://www.facebook.com/LigueBelgeFrancophonedeRugby
Top

First round of games

Second round of games

Spain v Italy 32-0 in the third round

Canalina wrote:Italy has probably much to improve in the women 7s system

TBH this tournament is really all about how good your junior rugby system is, not how good your 7s training is. Girls start playing rugby in England and Wales far earlier than most of the rest of Europe (7 or 8 years old in many cases), so they stand out. The Dutch, Spain and Ireland also have a lot of girls starting earlier. Most of the rest if Europe does not really start until mid or late teens.

At U18s that matters, but curiously the advantage seems to be lost very quickly after that.
Top

To complete the first days results: round 3

I haven't seen the videos yet, but I'm happy with the Dutch results.

Purely from the results it seems to me -
- England are way ahead of everyone else
- Where is France?
- I expected better of Russia and Ireland
Top

England v Germany and Portugal v Spain are the semifinals, in large part unexpected to me

Surprise also in the first bowl semifinal, where Ukraine defeated Russia. Italy leads at the half in the second semifinal with Sweden, let's hope they can keep the advantage

NedRugby wrote:Purely from the results it seems to me -
- England are way ahead of everyone else
- Where is France?
- I expected better of Russia and Ireland

England have by far the biggest and most sophisticated junior programme in Europe, with national training programmes for rising stars from the age of about 12 (or "U14" - an age band that covers two years) going back over 15 years. Wales have something similar but are obviously smaller. The Irish are moving that way but have the competition of the GAA for athletic girls (much of Irish success comes from players converted/borrowed from GAA).

The Dutch do have a junior programme that is about 5-6 years old, but again it is far smaller than England.

I'm not sure that France has much of a junior set-up, on a national level. There is the U-20 team, and regional U18s, but not much else. It is also really surprising how many French players do not start playing until they are 18+. My guess is that they can't see any advantage in setting up a national programme for just this.

As for Russia, the game does not exist in most Russian schools so very few players will play before the age of 18. Their performance in this is really no surprise.

Of those that have done well, Spain have the advantage of Olympic experience, but have still done well. Portugal and Germany have performed well above expectations.
Top

John thanks very much for the useful inside informations. Russia's poor showing still suprised me, you've also called them an outside bet in your article leading up to the tournament:

source: www.scrumqueens.com
"That said, it will be the countries that have a strong junior rugby programme who will have a clear advantage – so 2014 finalists England and Wales will again be the teams to beat, with the Netherlands, Ireland and Spain (who missed last year when the went to the Youth Olympics) likely to be close behind, with Russia a good possible outside bet."

NedRugby wrote:
As for Russia, the game does not exist in most Russian schools so very few players will play before the age of 18. Their performance in this is really no surprise.

For us (Germany) the big challenge now, will be to get these talented young girls in performance based training systems. Especially with the squad members being spread all over the country and not many quality clubs and coaches available and very limited funding after the relegation of the senior side.
Top

Yes, got me on that one!
Top

after seing the potential of these girls, we made the unpopular call to send a lot of the young girls to the Olympic qualifier in lissabon to give them high level exposure. their good finish now hopefully gives me a selling point for our NOC.
Top

A good tournament for Germany, let's hope for a continued progression.
Top
Post a reply
18 posts • Page 1 of 1