Interesting to compare populations. Dominican Rep 11 million. BVI 35K. & Dominican Rep is not even the biggest country on its island (Hispaniola). There are a few thousand more on the other half - Haiti.

Nonetheless, BVI won both their previous encounters. So Dominican Rep has only managed to beat Curacao a couple of times since first taking the field at the turn of the century. Neither are ranked by World Rugby, but BVI comes in at 34th in the Americas, Dominican Rep at 37th - ahead of Honduras & El Salvador only.

The 36 member squad making up the Bermuda Men’s National Rugby team continue to put in the work as they prepare for the upcoming Caribbean Cup match at the National Sports Center against Guadeloupe.
Bermuda take on Guadeloupe in the Rugby Americas North Championship Final.
Under the guidance of head coach Jamie Barnwell, the players took to the National Sports Center pitch for a full contact scrimmage.
The team is led by co-captains Peter Dunkerly and Aldo Campbell, while Tashun De Silva and Tom Healey are the teams vice captains.

Did you find a full time score Edgar?
Top

Dominican Republic tweet that the score was 15-0. I can't make sense of Twitter's translation unfortunately so I don't know who won.
Top

dwpeate wrote:Dominican Republic tweet that the score was 15-0. I can't make sense of Twitter's translation unfortunately so I don't know who won.

"Intense match between TAINOS and @BviRugby to celebrate the RAN NORTH CUP 2019 where the boys trained by Alexis Figueras won 15 to 0 in front of the fans!"

Alexis Figueras is the coach of DR

That's quite a turn around for the Dominican Rep, who had lost their previous encounters with BVI 62-5 and 17-0, albeit it 19 and 12 years ago, respectively. I believe this is the first time they have beaten anyone apart from Curacao, who they've actually defeated 3 times. I managed to see last year's 17-45 in Willemstead via live-stream, in fact.

According to Wiki there are 16 clubs in the Dominican Rep, six in the capital Santo Domingo. The sport has been played there since 1972

Yesterday's result augurs well for rugby in the region. I've already mentioned the population of 11 million. & neighbors Haiti and Cuba (both around the 11M mark as well) have played the Dominican Republic at Sevens on more than one occasion. Neither has played an official test yet, although Cuba apparently played an unofficial match with the Caymans way back in 1993, losing 50-5, while Haiti visited the Dominican Republic for 2 games in 2015, losing 8-0 and drawing 3-3 (possibly 7s, and the latter score has also been reported at 5-5 https://acento.com.do/2015/deportes/828 ... -de-rugby/ ).

Interestingly, the revolutionary hero Che Guevara – a keen rugby player in his native Argentina – is credited with introducing the game to Cuba:

During the 1990s and first decade of this century Rugby slowly developed with the involvement of several touring teams from foreign countries such as Canada and France. These teams helped to provide both coaching and much needed equipment. With no olympic support at this time, Cuban rugby had no financial backing from the government with teams often playing under precarious conditions with no changing rooms, goal posts and even no markings on the pitch. In 2002 the Cuban Rugby Union organized the Cuban Rugby Championship for the first time, with both a 15 a side and sevens tournament.

In 2010 Havana hosted an 8-team International Rugby Sevens tournament, the first IRB sanctioned tournament to be performed in the country. The tournament was a big success, receiving coverage from the national press—introducing many Cubans to the sport who previously knew nothing of the game. The Cuban national team beat Mexico, showing a big improvement in playing standards on the Island but then lost to a US select side named Atlantis 0-15. The tournament also featured 3 Cuban development sides.

There is a livestream available if you haven't had enough rugby already today... http://mobile.royalgazette.com/rugby/ar ... =mobileart

There was no stream when I checked the link last night, anyway, Bermuda won 33 - 10 having lead 14 - 0 at halftime

Yesterday evening there was, I've seen just the very last seconds with Bermuda still pushing Guadeloupe in their try area. The speaker shouted "Caribbean champions!". I don't know if that definition was a bermudan decision or if it was directly suggested by RAN. I prefer to define them "North America champions"
Top

I think I got my timing wrong, game must have finished before I checked in!
Top

Does it mean Bermuda vs Cayman for a Americas Challenge spot?
Top

Ser Podrick of Payne wrote:There was no stream when I checked the link last night, anyway, Bermuda won 33 - 10 having lead 14 - 0 at halftime

Yes, I watched it live. Thanks for the link, whoever provided it. I can't say that I knew any of the players, and the commentator (ground announcer) wasn't much use for the uninitiated. Enjoyable enough though, despite the diabolical goal-kicking

, and more material for my future articles on 2nd and 3rd tier rugby, of course (I'm doing my best

). In fact, I posted the result on the South American thread with the Paraguay vs Bolivia result, as I'm only allowed 2 posts a day here (due to my overexuberance

). I only watched 3 games this weekend, and just one of those was a World Cup match - France vs Argentina. The other game I saw live was Mongolia vs Taiwan, and thanks again for the link. Narrow win for the former, who were in general a much bulkier side than the Taiwanese. Strangely, though the stadium was practically empty, a half-time performance was given - and went on so long the players and referee ended up standing around on the pitch waiting for it to finish!! Again, the quality was pretty low, but these kinds of games are fun to watch. I'm not going out of my way to see the World Cup at this stage (no trips to the Irish Bar yet

). The French game popped up via live stream somehow (I'd have thought World Rugby had that covered) - albeit a minute or so behind real time. What is apparent from the scores is that it's been a case of same old same old so far. Results and winning margins bearing a mind-numbing predictability. Hopefully there'll be an upset or two before long . . .

Update 25/9: Fresh from being crowned Caribbean champions, Bermuda men’s rugby team are continuing to test themselves by flying out for a tour to England and Gibraltar.

Bermuda are already on their way to Gibraltar for a test against the locals on The Rock on Saturday. In fact, they should have just finished playing English club Crowborough this afternoon. The Islanders are coming off a 33-10 win over Guadeloupe in last weekend’s North American Championship final, and are currently ranked 69th in the world. Gibraltar’s last hit-out resulted in a 31-26 victory over Sweden at home back in early May. Bermuda has a population of 65K, Gibraltar 35K. Both are British overseas territories, of course.

Fresh from being crowned Caribbean champions, Bermuda men’s rugby team are continuing to test themselves by flying out for a tour to England and Gibraltar.

Bermuda secured the title they have not won since 2012 by beating Guadeloupe 33-10 in the Rugby Americas North Championship final at North Field, National Sports Centre on Saturday.

Instead of resting on their laurels and enjoying a well-earned break, the national team have flown off island to take part in a tour of England and Gilbraltar.

In England, Jamie Barnwell’s team will take on Crowborough RFC, who are based in East Sussex and play in the London Two South East Division in a warm-up match.

Bermuda will then make the short trip over to Gibraltar, a British Overseas Territory and headland, on Spain’s south coast.

“We reached our target in being crowned Caribbean champions, but we are already preparing for how we can keep on improving and push on further,” Barnwell said.

“Part of that progression is a tour to England and then Gibraltar.

“We’ll be playing Crowborough in our first game which will be a warm-up really for the main game against Gibraltar, so we’ve got some more big games ahead of us.”

From Bermuda rugby re the match with Crowborough in London yesterday:

31-12- hard fought game -Bermuda’s desire and ability out wide -coupled with a uncompromising forward defensive attitude secured a well deserved victory . Great build up to a formidable confrontation with Gibraltar

Meanwhile, shame to hear Steffon Armitage won't be playing MLR after all. He and his brother Delon were both born in Trinidad, grew up in France and played for England, qualifying through their father who had played for the Hatfield club. Delon, 1.91m and 95kg, was apparently considered to lanky by Les Bleus, and therefore decided to make the switch to Les Rosbifs, earning 26 caps and scoring 44 points. Steffan was a stocky 1.75m, 105kg backrow and donned the Red Rose 5 times. Their two younger brothers, Guy and Bevan, have also played professional rugby.

SAN DIEGO, Sept. 24, 2019 /PRNewswire/ -- The San Diego Legion, a Major League Rugby franchise, has released Steffon Armitage due to his criminal conviction in France. In doing so, the Legion stated that Armitage's conduct does not reflect the values of the Legion and therefore, the team is going to go in a different direction for the 2020 season.

14-3 Gibraltar midway first half. Bermuda beginning to find their feet after a tentative start.

Gibraltar lead 14-6 at HT after an explosive start. Bermuda have grown into the game, however, and it could be an interesting 2nd half.

22-6 midway 2nd half. Bermuda just had an apparent try called back for a knock on or something. Seems like a mist has descended over the playing field, but it could just be the fading light.

No change to the score with 10 to go. Bermuda keep dropping the ball and a few chances gone begging. They're getting frustrated and a fight just broke out. Shame. I'd like to have seen them win. What is for certain is Gibraltar would be able to hold its own in ENC division 2.

22-6 Gibraltar win. Not sure, but it may have been called off a few minutes early due to what looked like mist.
https://www.theroar.com.au/author/istanbul-wingman
Top

Here's a report and pics (mostly the latter) on the match from the Gibraltar Chronicle. No mention of the early finish or the fog that descended on the pitch during the second half, although that is plain enough to see in the photos:

Gibraltar Rugby completed its festival of Rugby at the new Europa Sports Complex with a victory against Bermuda. Gibraltar’s national squad played confidently in front of their own crowd to come 22-6 winners against 69th World Ranked Bermuda. 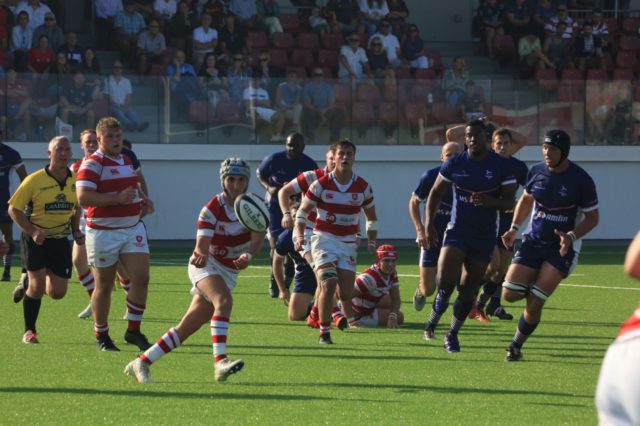 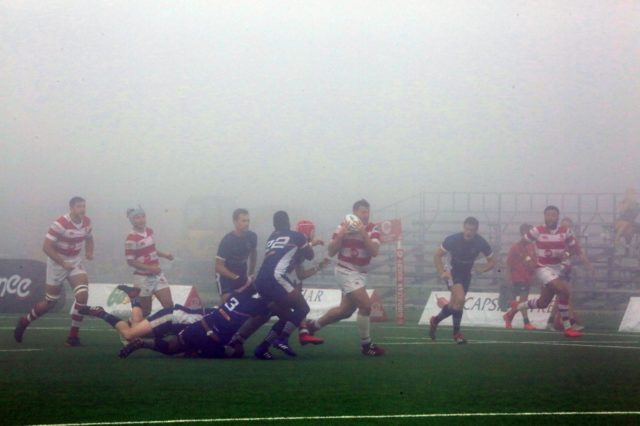 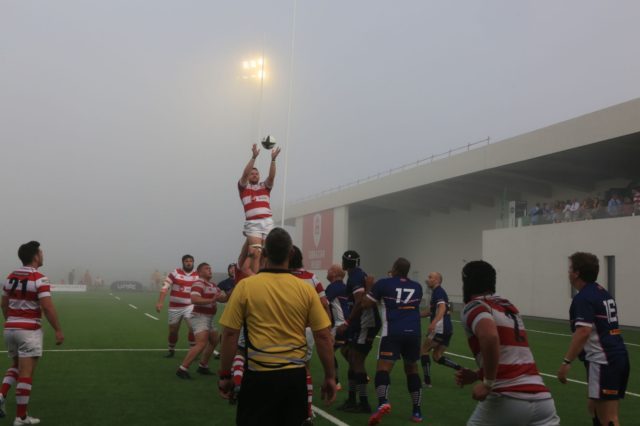 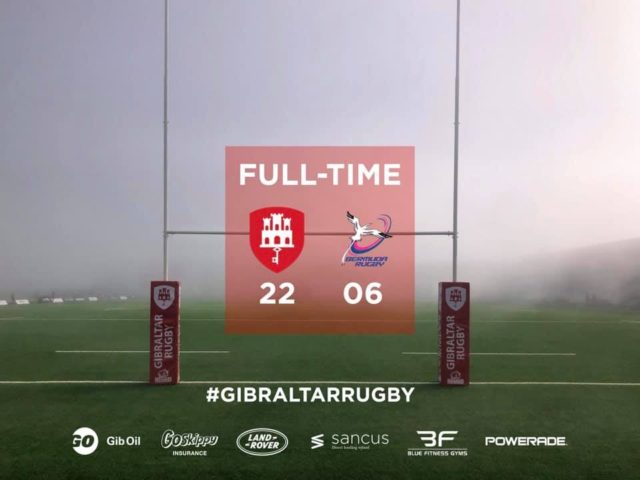 just found it on FB... I would have hoped they updated the scores immediately.
Top

To the American cousins in this forum.
Does anyone know about Borderland United Rugby Club?

A recent press release states they are fully professional and is made up of players from Ciudad Juarez and across the border in El Paso.

The club will be playing against US and Mexico teams. Any additional information?
Top

Thomas wrote:To the American cousins in this forum.
Does anyone know about Borderland United Rugby Club?

A recent press release states they are fully professional and is made up of players from Ciudad Juarez and across the border in El Paso.

The club will be playing against US and Mexico teams. Any additional information?

I think from memory StroBro mentioned either here or on r/mlr that the Legion are working with a Mexican group in some capacity that are looking at MLR in the future. But from memory that's based around Tijuana. This group is more Texan oriented.
Top
Post a reply
773 posts • Page 30 of 31 • 1 ... 27, 28, 29, 30, 31