Main danger to Australia has been identified.

Pretty silly text. At end a ominous warning from a migrant whore arriving for food.

Alexey Muraviev, an associate professor of national security at Curtin University, says Australia needs to recognise that Russia does not see Australia as a friendly country.

“Russia looks at Australia through the prism of our security and defence alliance with the United States,” he said.

“By ignoring Russia’s weight, Russia’s influence and Russia’s international status, we allow ourselves to be caught off guard every time Russia can pull the card out of its sleeve and wants to play a game against Australia.”

Most amazing thing is that a migrant whore who left Russia immediately loses contact with country and a year later begins to write stupid texts, no different from "specialists" in Russia around him ...

Whore has to keep up with local trends. If he says that Australia for Russia is something like planet Jupiter and there are practically no interests of Russia there, he will quickly fly out of a well paid job ...

For Australia main concern now is not to become an economic colony of China.

However Australia has a rich tradition of fighting Russian invasion ...

England should have protected them'' — '^They knew the colonial troops and volunteers would fail when they were wanted.'* — " It was cowardly and unlike a gentleman for the Russian commander to attack a place where there were people of wealth and position" — '' It all arose from vulgar ' demo- cratic government/ '

I heard afterwards that the ironclads Tsargrad, Faskevitch and Suwarrow were standing of and on under the Gap, making this diversion, while Milarovitch ran into Botany Bay with 6000 men

Here is about story of a descendant emigrants from Russia who left their land after revolution about rally of whores from Russia in Australia in support of Navalny.
I translate most interesting places in text by Google ...

“We want to remind you that not all Russians abroad are emigrants for food,” said a man in camouflage uniform with a St. George's ribbon into a megaphone.

- Indeed, no one knew - neither the navalnists, nor the police, that we were preparing a counter-action. In fact, we did it right off the bat. At the call of the heart. It was evident that in the camp of the Navalnists, these traitors to Russia, our appearance caused confusion. They immediately called in police reinforcements, saying that we were "militants", that we would "educate" them with whips. A fairly high-ranking officer with three stars on his shoulder straps talked to me. In the end, the megaphone was taken away from me, and the police surrounded Navalny's supporters, but stood with their backs to them. That is, in fact, the police were protecting them from us. Moreover, it was a special unit that specializes in the fight against terrorism. As for the "problems" with the police, we did not plan to carry out any illegal actions. We just agreed with the guys that we will stand in front of this crowd and look eye to eye. So that they understand that we see them, we will remember everyone.

- Yes, unfortunately, these are Russian citizens who emigrated and betrayed their homeland. Although there were also Bandera members in the crowd. They do not speak Russian, only English - with a terrible Ukrainian accent. It is their own compatriots who report us to the Australian special services. Just yesterday they tried to turn me over to the police, to a special department that deals with "Russian issues." In general, in the Russian diaspora in Sydney, I want to be wrong, but the majority are those who spit on their homeland, who hate the Russian state, who declare that Crimea should be returned to Ukraine. At the same time, these emigrants receive benefits from Russia - pensions, maternity capital, and so on. Just imagine: we would not have been on January 31st in Sydney Square. Would this crowd of Navalny's sectarians gallop - and what would the Australians think?

- Ordinary Australians saw how Russians throw mud at their own country, and decided: well, since the Russians themselves treat their Motherland in this way, it means that the collective West correctly called Russia "the main threat." By the way, ordinary residents of Sydney, passers-by, when they saw us with a portrait of our president and commander-in-chief, they said: "Putin is legend!" ("Putin is a legend!").

At end of video old believer is for Putin) I also for Putin, bro!

Tim Tszyu, adequate Russian! Australians, you see what kind of Russian boxer you live in. He is not afraid to go against the tide. And he came to support Putin and Russia against traitors.
Top

A few weeks ago i decided to participate in a commentary on a text in "The Times" about Navalnys protests.

I wrote that live in Russia and that in a couple of weeks all this protest paid from abroad will be over and no one will go out into street. Most are for Putin.

They wrote to me that i an agent of Putin, that this is a revolution in Russia and that i an idiot.

I offered to bet with anyone and on any amount. Nobody answered me ...

NATO Defense Minister sounds kind of idiotic. Something like the Israel Defense Forces. ..

SENIOR DEFENSE OFFICIAL ONE: Great, thank you so much for those questions. Look, the -- the -- the first session of the defense ministerial is going to focus on the alliance, on the strength of deterrence and defense, and I think that is inextricably tied to how one thinks about Russia, of course.

I mean, at the end of the day, NATO's most important function is to present a credible deterrence and defense. That means protecting our populations and our territory. We all share in that responsibility. I do think that you are going to see at this ministerial a real focus on revitalizing the U.S. relationship with the alliance, a change in our tone and approach, a desire to work with our allies and partners.

And as I noted, that is all inextricably tied to what we have seen from Russia. The -- you know, the -- the Secretary -- Secretary Austin talks about how we cannot succeed on our own, about this unparalleled network of allies, and I think that should be, in and of itself, a really strong and notable signal to Russia, whose destabilizing and irresponsible behavior just has -- has only continued to be profoundly unhelpful. Do you want to add on that?

SENIOR DEFENSE OFFICIAL TWO: Yeah, I'll just go just a little bit deeper on -- on Russia. I mean, it's very apparent Russia's a threat to all NATO allies, including the United States. Russia erodes transparency and predict -- predictability. They are using military force to achieve their goals. They support proxy groups and sow chaos and doubt, and undermining the rules-based international order.

So this administration has already made clear that we will work with Russia to advance our own interests while holding them to account for their reckless and aggressive actions. And so we'll look forward to discussing that with our -- our allies this week.

Q: I'm sorry but very quickly -- as you sit here today, how does Russia, in your views, specifically threaten the United States?

SENIOR DEFENSE OFFICIAL ONE: I think we see a desire by Russia to undermine security and stability around the world with its authoritarian approach. We see this also with its cooperation with China, a marriage of convenience -- excuse me, a partnership of convenience, as General Wolters has referred to it.

That undermines global security and it has been in the U.S. interest and in NATO's interest over the last 72 years to have a -- an international rules-based order. We've seen, whether it's through the hybrid warfare approach, through irresponsible use of cyber, we have just repeatedly seen examples where the Russians have tried to undermine security and stability.

Putin clearly said back in Munich in 2007 that Russia would not obey and recognize dictates of the US&Co and would make latest weapon that no one else has analogues.

If your expand your borders to borders of Russia then sooner or later she will start to threaten you.
With that many have faced in history of world ... Paradox ...

Is very simple. Europeans do not understand that Russia has returned to the elite of global politics. They were able to rise after the collapse of the USSR. All countries in the world are divided into levels in world politics, just like in rugby. Russian expert Andrey Shkolnikov distinguishes 5 tiers. The Europeans still do not understand that Russia has returned to tier 1. Now there are 3 whales: the United States, Russia and China. Leading European countries: Germany, France and England remained at the 2nd tier. And England was rolling to tier 3. But Brexit saved them. All other European countries are tier 3.
Therefore, all these stories with the Skripals, Navalny, sanctions against Russia from Europe look very funny. It's like if the players and coaches of the countries of the 2-3 tiers of rugby (for example, Georgia and Russia) make statements that they will beat New Zealand.
Top

I live with an open window in my room ...
If temperature is more than -20C i close window .

I have +15 + 16C at home most comfortable temperature for me. 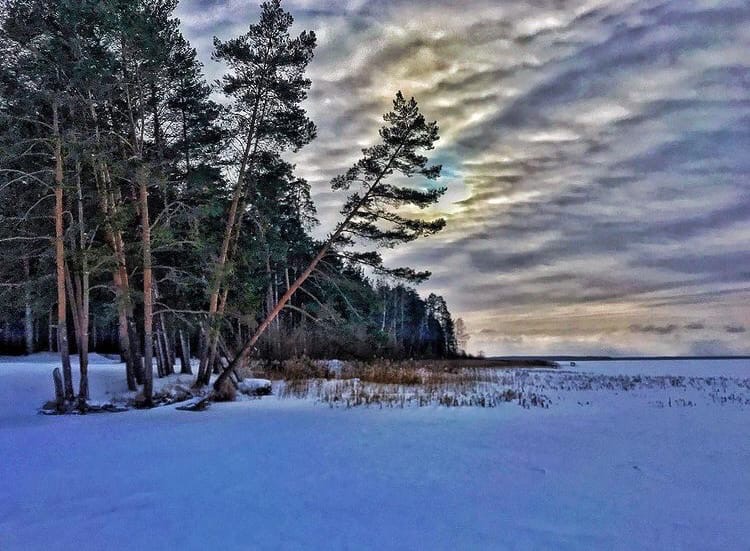 I observing situation in US. Utility services were supposed to shut off water from pipes, and state was to organize supply of water to population.
As a last resort people can use snow.

Now they have to change all pipes ...

I have two houses , second house with a stove and a sauna is not heated. Before the onset of winter definitely drain water from water supply.

To keep warm you need to find a small room, 2 clay pots and a few candles, or a tin can toilet paper and alcohol ...

I hope property is insured. This will be in all houses where there is water in pipes.


I have a months supply of canned food. Just in case. I have my own water from well ...

We have people laughing. They post photos and videos from Europe and send curses to Putin regime ...